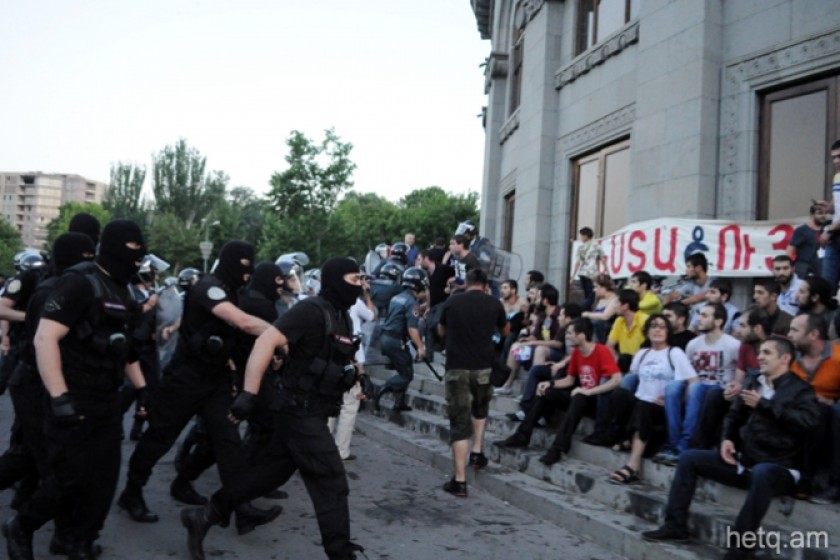 Yerevan police moved in early this morning and forcibly dispersed hundreds of people who participated in a sit-in on Baghramyan Avenue, a major thoroughfare in Yerevan, to protest a recently approved electricity rate hike.

The demonstrators massed on Baghramyan because the presidential palace is located there.

Reporters on the scene were also manhandled by the cops, many in riot gear and wearing black masks.

Hetq reporters Ani Hovhannisyan and Hrant Galstyan were taken into custody along with hundreds of others.

The reporters say that were forcibly detained by police in civilian clothing.

The sit in, which began yesterday evening, saw organizers and police brass negotiating as to whether a five person delegation representing the protestors would be allowed to meet with President Serzh Sargsyan.

Police rejected this proposal and the offer of the demonstrators to return to Liberty Square from Baghramyan Avenue.

“Cops in civilian dress started to use force against us and the protestors. They disregarded our press credentials and shoved us and thirteen others into a vehicle that took us to the Kentron Police Station. We were manhandled at the station as well,” Ani Hovhannisyan said.