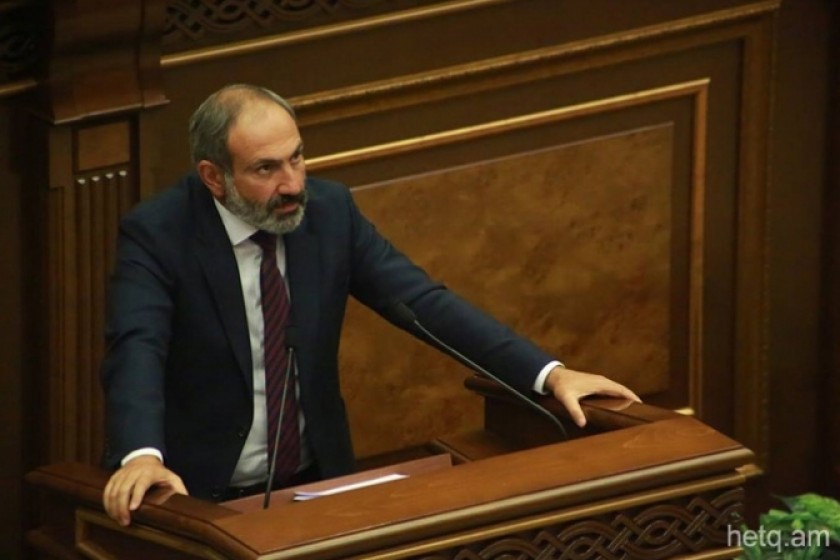 Pashinyan: "No Oligarchs in My Government"

At a National Assembly press briefing today, Nikol Pashinyan, the only candidate in tomorrow’s election for prime minister said there wouldn’t be any “oligarchs” in his government if elected.

The topic came up when a reporter asked Pashinyan about rumors circulating that Khachatur Sukiasyan (nicknamed Grzo), the founder of the SIL Group, might get the nod for the post of deputy prime minister.

Pashinyan also repeated his promise that he would do away with “monopolies” if elected prime minister.