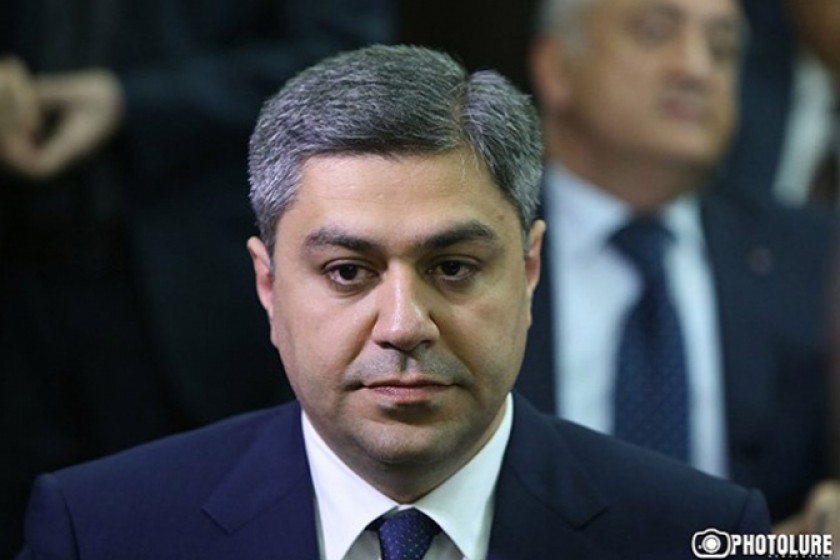 Artur Vanetsyan, recently appointed to head Armenia’s National Security Service (NSS), isn’t the only one in his family who holds a government post.

Photos circulating in the social web lead us to believe that the 39-year-old Vanetsyan is a close friend of AlenSimonyan (on the right of the below photo), a member of the board of the Civil Contract political party founded by newly-elected Armenian Prime Minister Nikol Pashinyan. 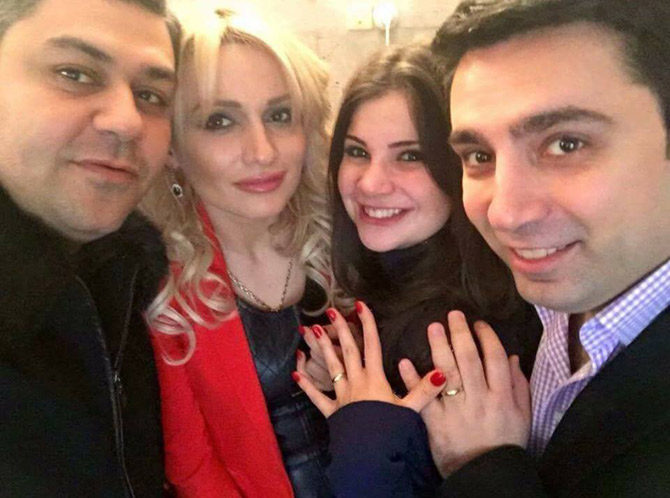 It’s no coincidence that Simonyan was the first to publish Vanetsyan’s biography, which appeared in the ararat.news website. The bio states that prior to being appointed NSS head, Vanetsyan as Deputy Chief of the Yerevan Municipal Board from 2016 to 2018. Prior to this, Vanetsyan worked in the national security sector starting in 2000.

61-year-old Margarit Azaryan, Artur’s mother, was a member of the Civil Service Council from 2002-2011. She was appointed Chief of the Presidential Staff Board in 2011. She’s also on the governing board of Armenia’s Public Administration Academy.

Margarit Azaryan, as Chief of the Presidential Staff Board, was now obligated to file a disclosure along with her husband Gagik Vanetsyan (Artur’s father) since they lived at the same address.

Azaryan filed a financial disclosure for the first time in 2017, declaring an apartment, a house and a piece of land. She no moveable assets or securities in excess of AMD 8 million.

In March of this year, Azaryan filed her annual 2017 financial disclosure showing cash assets of AMD 30 million and an annual salary of 7.7 million drams. Her foreign currency holdings remained the same. She also made a loan of 5.9 million drams and took out a loan of 4.5million drams. She also declared slightly more than AMD 1 million in revenue from other contracts. 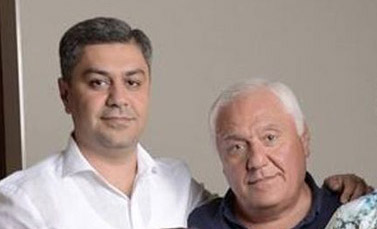 He declared the purchase of two private homes, at a cost of AMD 48 million and AMD 198 million. He also purchased a Mercedes-Benz C200 for 22 million drams (approximately $45,000 at today’s exchange rate). 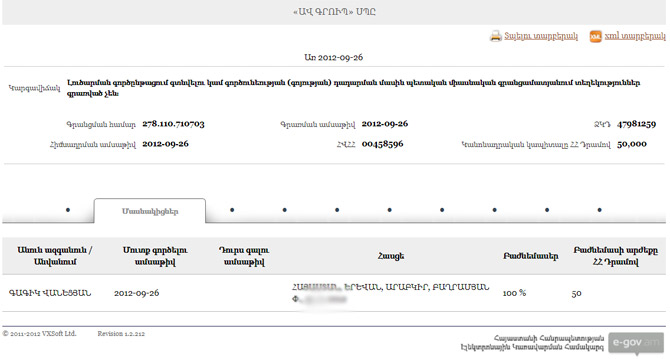 Vanetsyan owns 60% of the company and Pepanyan, 40%. Yerevan resident Artur Grigoryan replaced Vanetsyan as director in 2015. 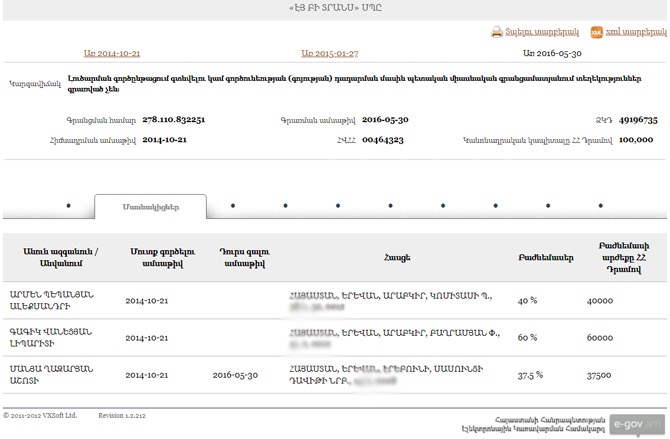 In 2017, the company won a commendation from the State Revenue Committee for paying its taxes in a timely manner. It paid AMD 9.4 million in taxes in 2016.

In June 2016, GagikVanetsyan and Nor Aresh resident Arman Ghazaryan founded AB Export. The two have a equal share of the company shares. Gagik Vanetsyan has since resigned as director, handing the post over to his nephew Tigran Vanetsyan. (Av Group Ltd. is registered at Tigran’s home address) 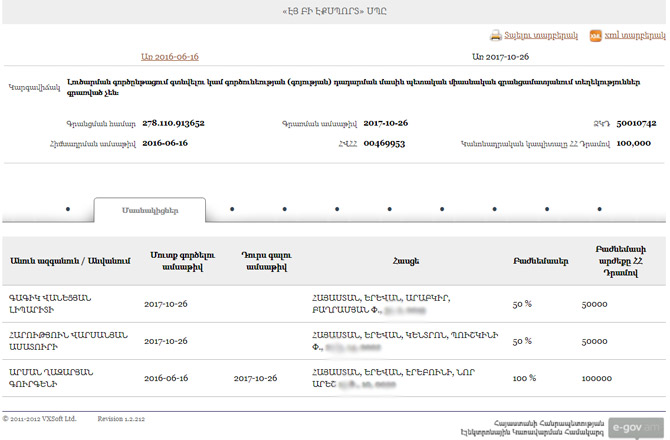 According to the State Revenue Committee, AB Export is in the wholesale diesel fuel trade. It’s been listed as one of the top four fuel importers in Armenia alongside CPS, Flesh and Max Petrol. 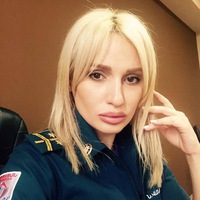 Soon after Artur Vanetsyan was appointed to head the NSS, the couple began to erase their pages in various social websites. Luckily for us, some users were able to obtain some interesting information about the couple before their pages disappeared.

We know that in 2015, then Minister of Territorial Governance and Emergency Affairs Armen Yeritsyan appointed Nona Vanetsyan as his adviser. Another source reports that Nona represented the same ministry in foreign countries, international organizations and state bodies. 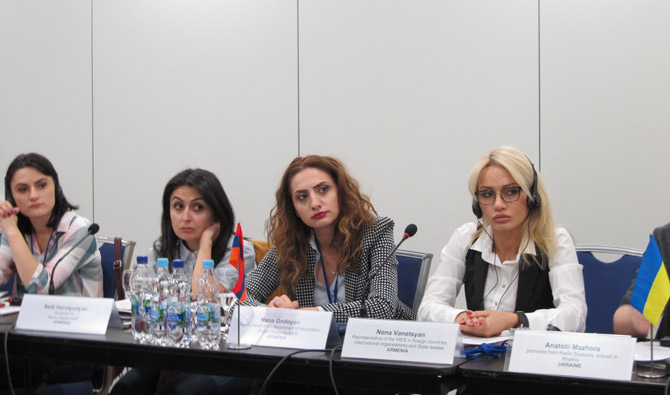 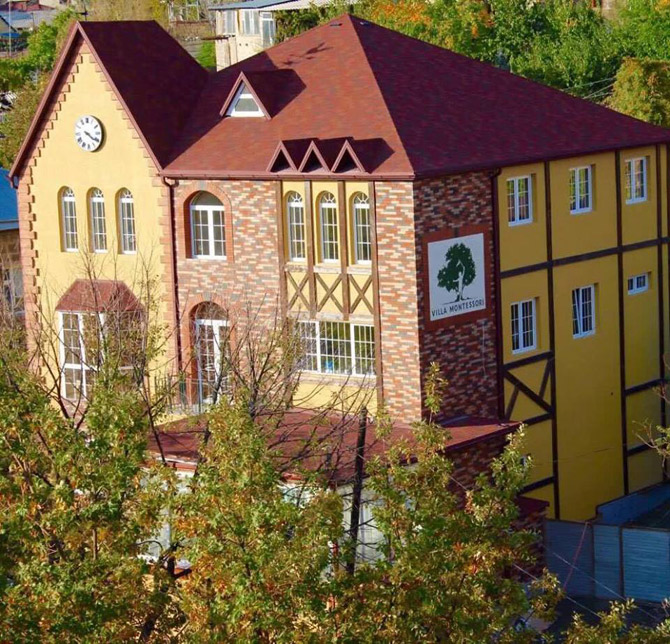 Comprised of a pre-school and learning center, Vanetsyan’s institution, like others bearing the Montessori name, follows the curriculum developed by Italian doctor, psychologist and pedagogue Maria Montessori.

There are three buildings on the site, located at 62 Demirtchyan Street. A private house and garage are also on the premises.

The property is owned by Gagik Vanetsyan. The building housing the Center has been handed over to Nona Vanetsyan’s Young Educational Center Ltd., to be used at no cost. 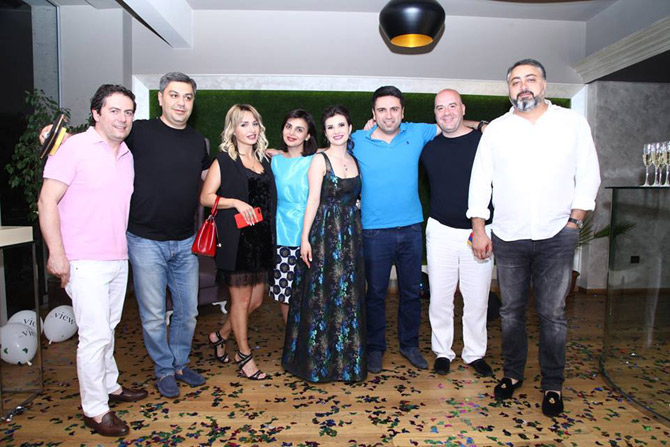 Getting back to 62 Demirtchyan Street, it’s interesting to note that according to the State Property Cadastre, the buildings have been put up as collateral with AmeriaBank.

This is perhaps linked to the AMD 4.5 million loan than Margarit Azaryan disclosed that she received last year.