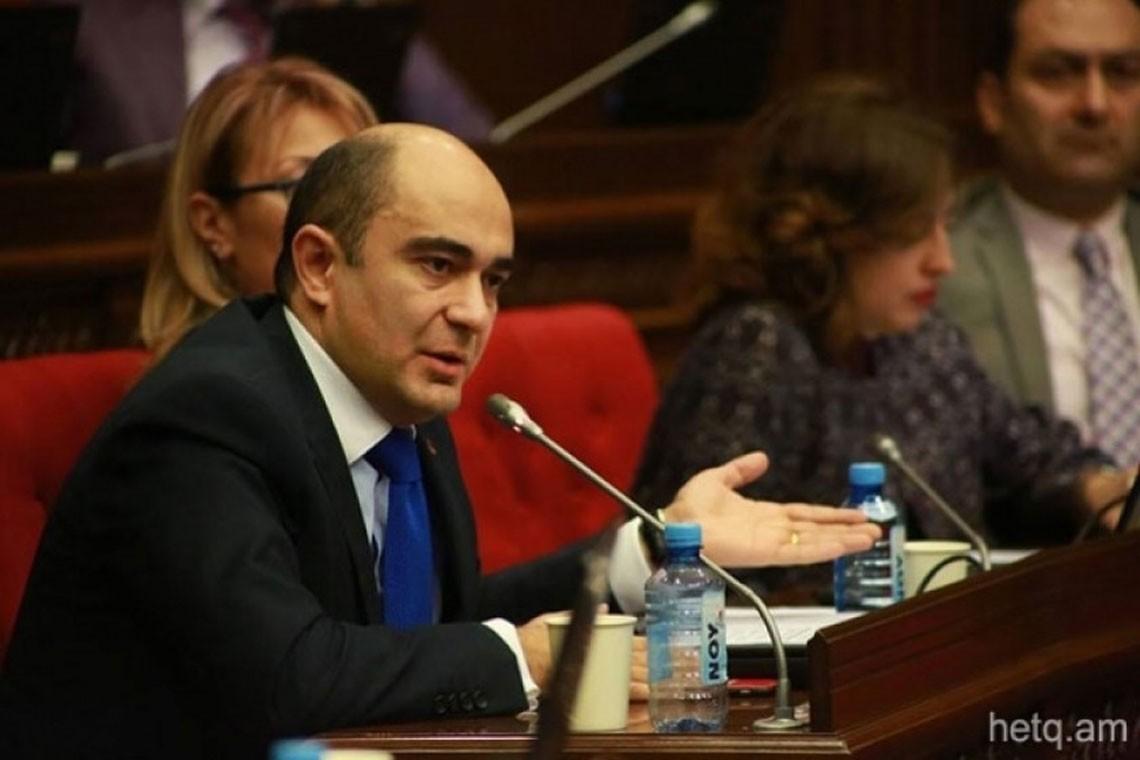 Marukyan predicted that his party would come in second.

Marukyan made the statement at a Yerevan press conference today where he outlined his party’s campaign strategy, noting that the party will be running under the slogan “Brighten Armenia”.

Eleven political parties and alliances have nominated candidates for snap parliamentary elections that will be held in Armenia on December 9.

Marukyan told reporters that he would be heading the party’s campaign in Armenia’s 47 communities while former Minister of Labor and Social Affairs Maneh Tandilyan would spearhead campaigning in Yerevan.

Marukyan called on the Republican Party of Armenia to break all ties to the past and to admit its mistakes if it wants to become an opposition force in the new parliament.

Tandilyan, also present at the press conference, refuted rumors that Bright Armenia had reached out to the Republican Party of Armenia, describing such talk as baseless and an attempt to blacken the credibility of her party.

She said such attempts are doomed to fail and that voters will disregard such rumors as false.