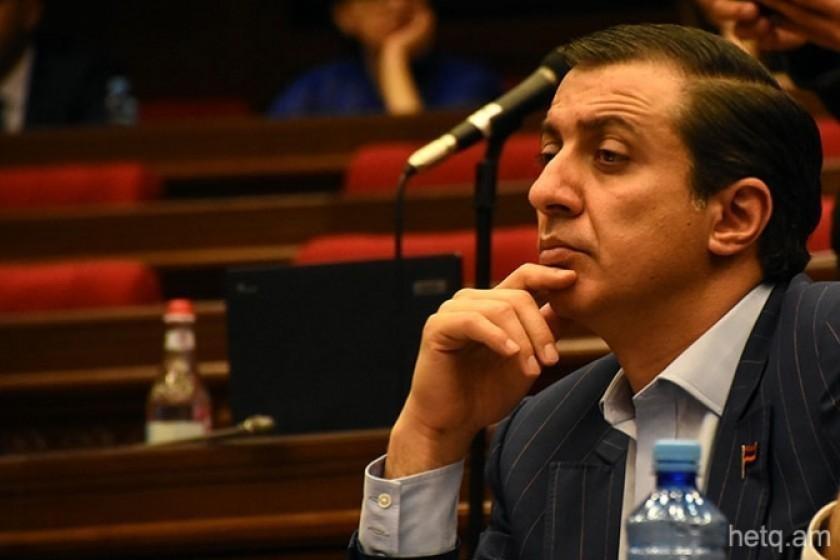 On 21 April, one of the online newsletters in Armenia, irakanum.am, published news about the detention of Mihran Poghosyan, a former Chief Compulsory Enforcement Officer (CCEO) of Armenia.

Later on that day, Marina Ohanjanyan, Spokesperson for the Special Investigation Service, confirmed the news about the arrest, saying that Mihran Poghosyan had been detained and arrested by Russian law enforcement and the extradition process was in process.

However, Mihran Poghosyan's lawyer Yerem Sargsyan, who's constantly in touch with Poghosyan, refuted this news, saying that he would have been aware if that was the case. "I also talked with his relatives and they said that the news was not true," said Yerem Sargsyan.

Yerevan’s Court of General Jurisdiction has approved a motion filed by Armenia’s Special Investigative Service (SIS) to issue an arrest warrant for Poghosyan, who is believed to be in Moscow.