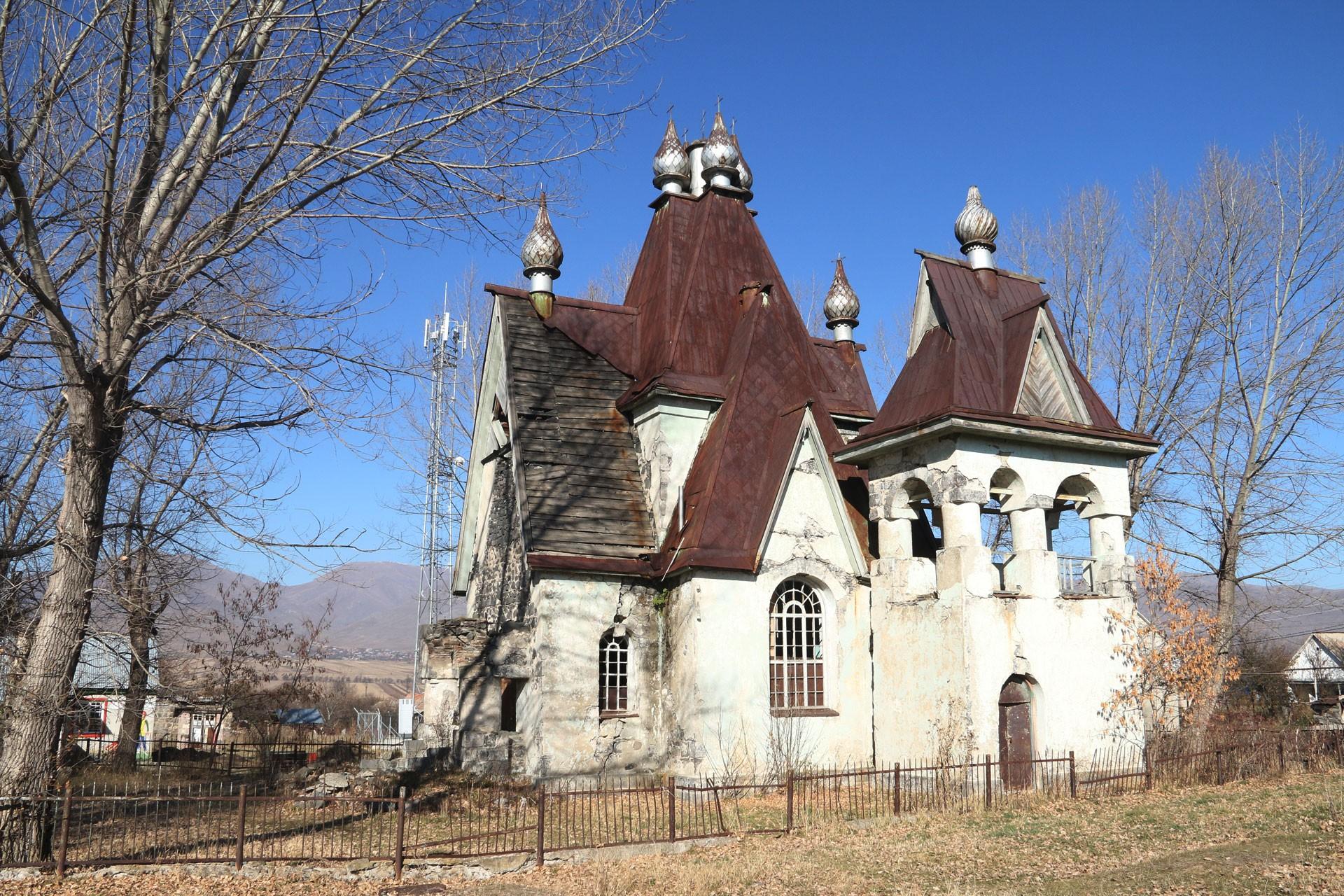 The village of Amrakits, located near Stepanavan, a town in Armenia’s Lori Province, is best known for its St. Nicholas the Miracle Worker Russian Orthodox Church, whose wooden doors have been shut since the 1988 Spitak Earthquake severely damaged the structure.

It is believed that Amrakits was founded in the 1840s, though there are older historical structures, such as 13th century churches, 13-18th century cemeteries, and a burial mound dating back to 1,000-2,000 BC, as well as the medieval village of Amrak (present-day Amrakits).

Artur Nerkararyan, an Amrakits administrative representative, says that the present village was founded in 1852 by 26 Slavic families who moved here from the town of Borjomi, Georgia.

These families had originally relocated to Georgia from Ukraine, from the regions of Poltava and Chernigov. The new settlement was originally called Nikolaevka (Novo Nikolaevka), and in 1938 it was renamed Kirov. In 1991 the village was restored to its historical name of Amrakits.

The St. Nicholas the Miracle Worker Russian Orthodox Church, according to Internet sources, was built by Ukrainian Cossacks who settled in Armenia in the early 19th century when the Armenian Lori-Pambak, Ghazakh and Shamshadin regions, along with Georgia, were annexed by Russia. (The other areas of Eastern Armenia were annexed to Russia in 1804-1813 and subsequent to the 1826-1828 Russo-Persian Wars in which Persia was defeated.)

The Cossack troops residing in Armenia established Orthodox chapels and churches in several settlements. The Cossacks took military oaths in these religious edifices.

Military and administrative workers from Russia, and members of their families, and later peasants resettling in Eastern Armenia from distant parts of the Russian Empire, comprised the core of the Orthodox populace in Armenia.

The St. Nicholas the Miracle Worker Church was built in 1846 (1879, according to other sources) in the village of Nikolaevka. The church’s current form dates to 1910-1914 reconstruction.

The church, based on the layout of the cross, is considered an example of the neo-Russian variant of modern architecture. There is a bell tower on the south side. The building is made of stone and the roof is made of wood with metal. The church was significantly damaged, but not totally razed, by the 1988 Spitak Earthquake.

Registered as a historical-cultural monument, it has been closed ever since. The churches icons and other assorted religious items were transferred to the Russian Orthodox church in Gyumri in 2009. 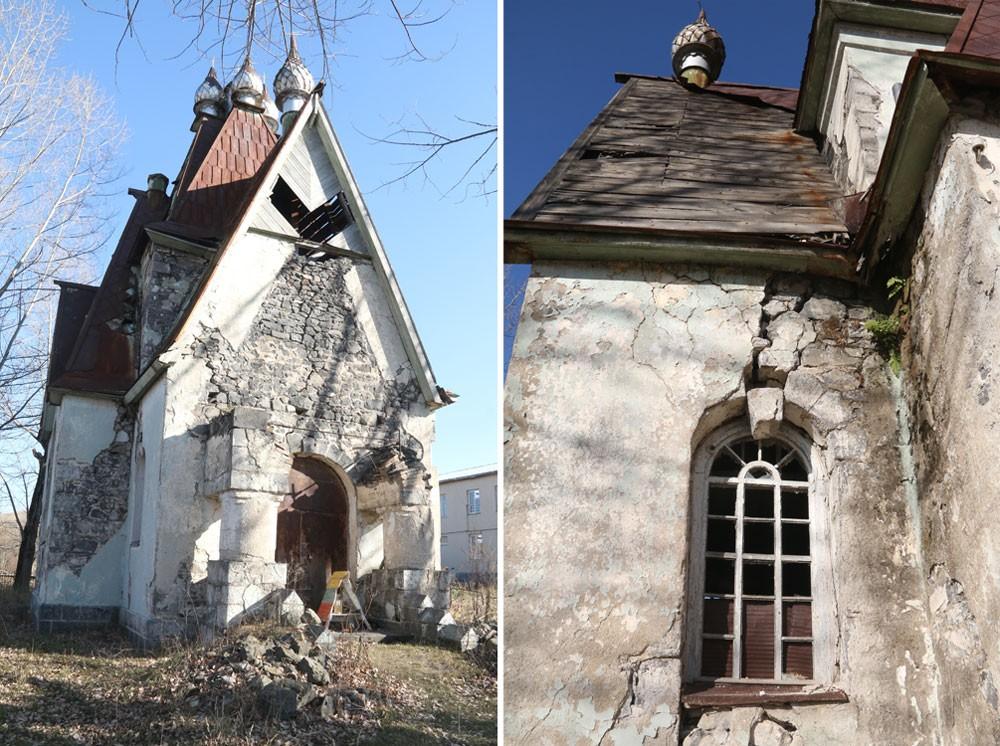 However, even today, the faithful still visit the closed church. They light candles, and place religious images at the door. Some even make sacrificial offerings near the church. 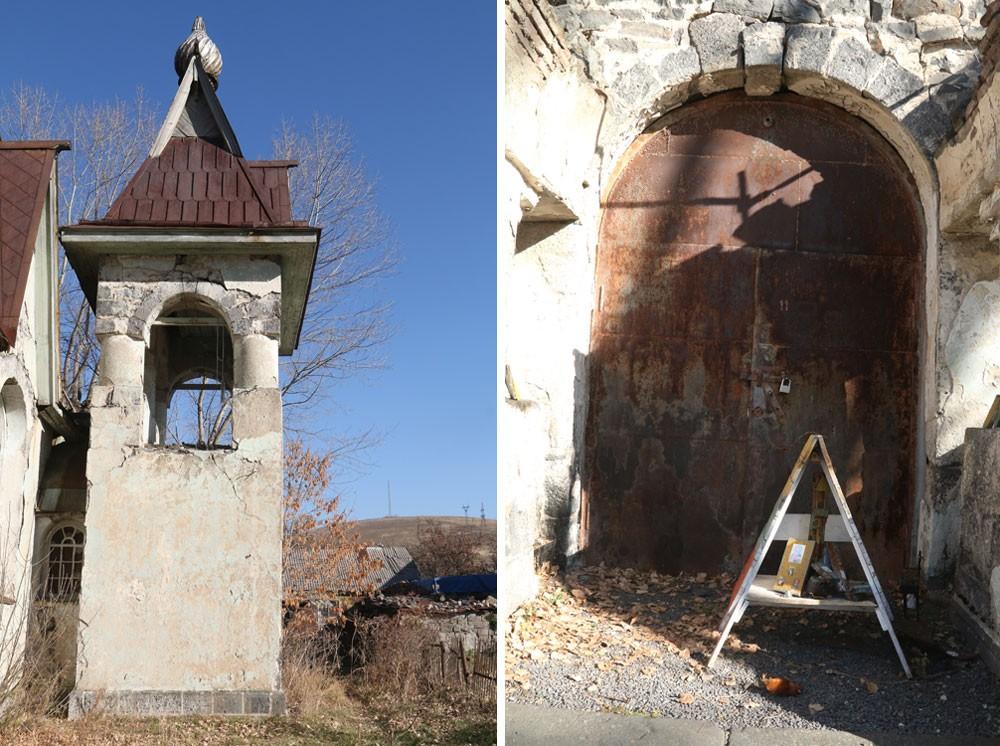 Arthur Nerkararyan says that Amrakits was a wholly Russian village until the 1960s.

It was then that Armenians started to move there, their numbers increasing after the 1988 Spitak Earthquake. They came from various places, including Stepanavan, Yerevan, and some (35-40%) emigrated from Azerbaijan.

According to official data, Azeris also lived in Amrakits in the 1970s. They later left the area.

Russians began to leave Amrakits after the 1988 earthquake. Many moved to the Stavropol and Krasnodar regions in Russia.

Nerkararyan says the church is the only Russian Orthodox sanctuary in the area. 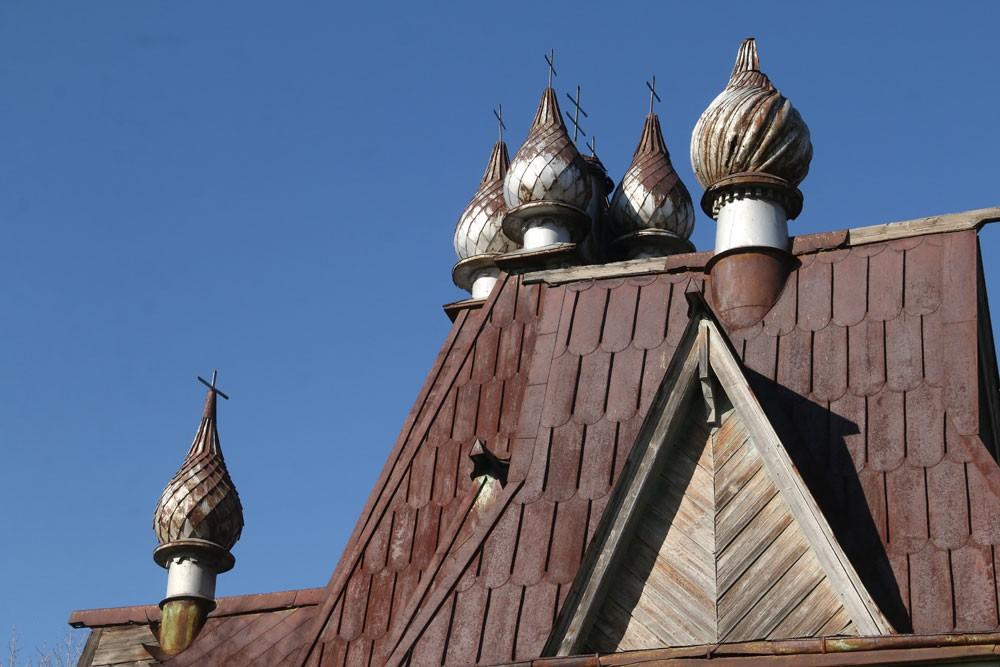 Nerkararyan says that tourists visit the village just to see the church. Many aren’t even aware that it exists. The only tip-off is a view of the church’s distinct roof and crosses visible from the Yerevan-Stepanavan roadway. Travelers catch a glimpse of the church and turn into the village to get a closer look.

Despite being a tourist attraction, there are no plans to renovate the church.

Nerkararyan says that a few weeks ago, Alexei Sandikov, an ethnic Russian member of the Im Kayl (My Step) parliamentary faction, visited the village and said he would propose its renovation to his Russian partners.