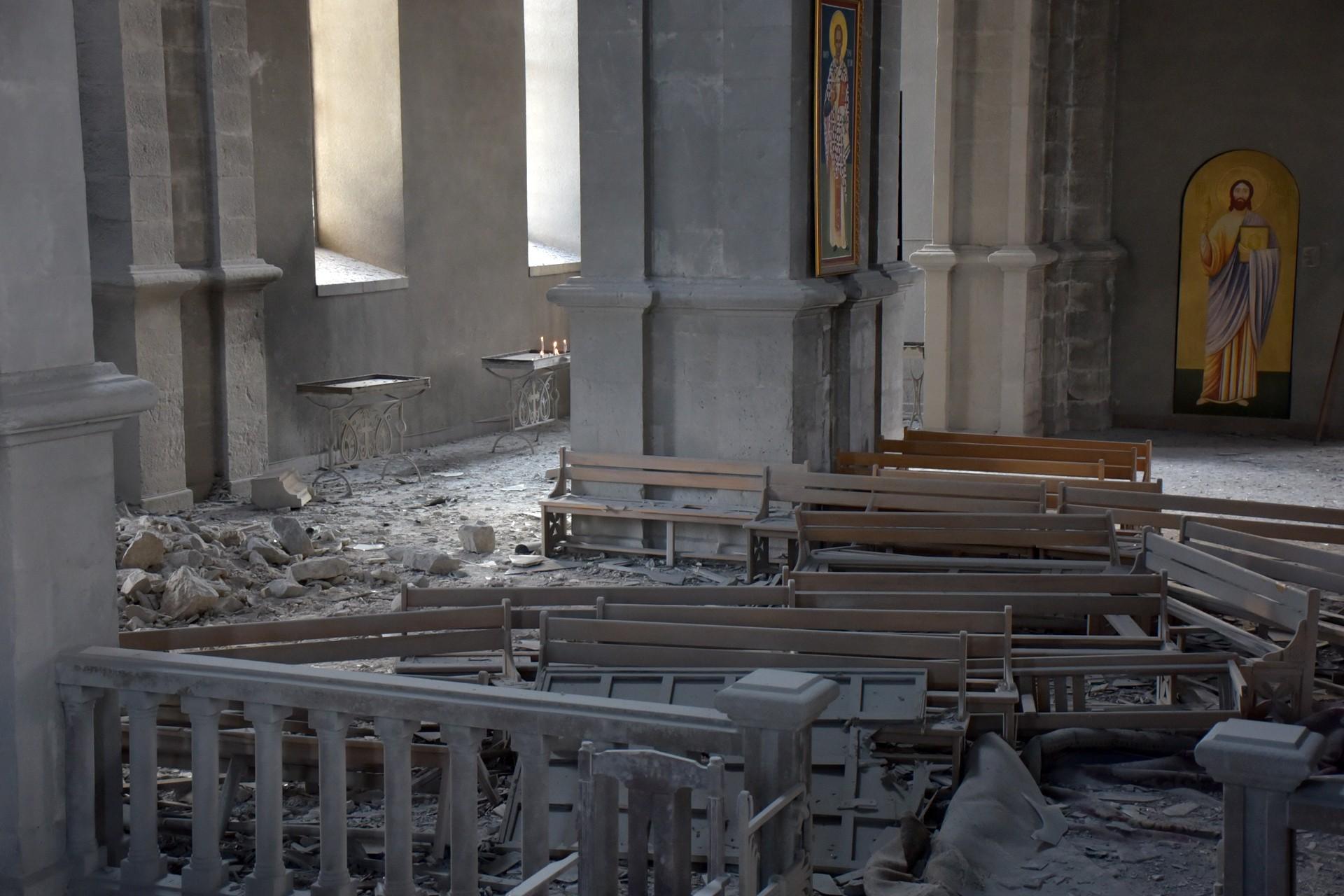 Shushi: Armenians Repair and Preserve a Mosque. Azeris Fire Rockets at a Church

Today, Azerbaijan, violating all possible international norms, launched rocket attacks on the Holy Savior Cathedral (Ghazanchetsots) in Shushi, one of the symbols not only of the Armenian fortress city, but also of Artsakh. 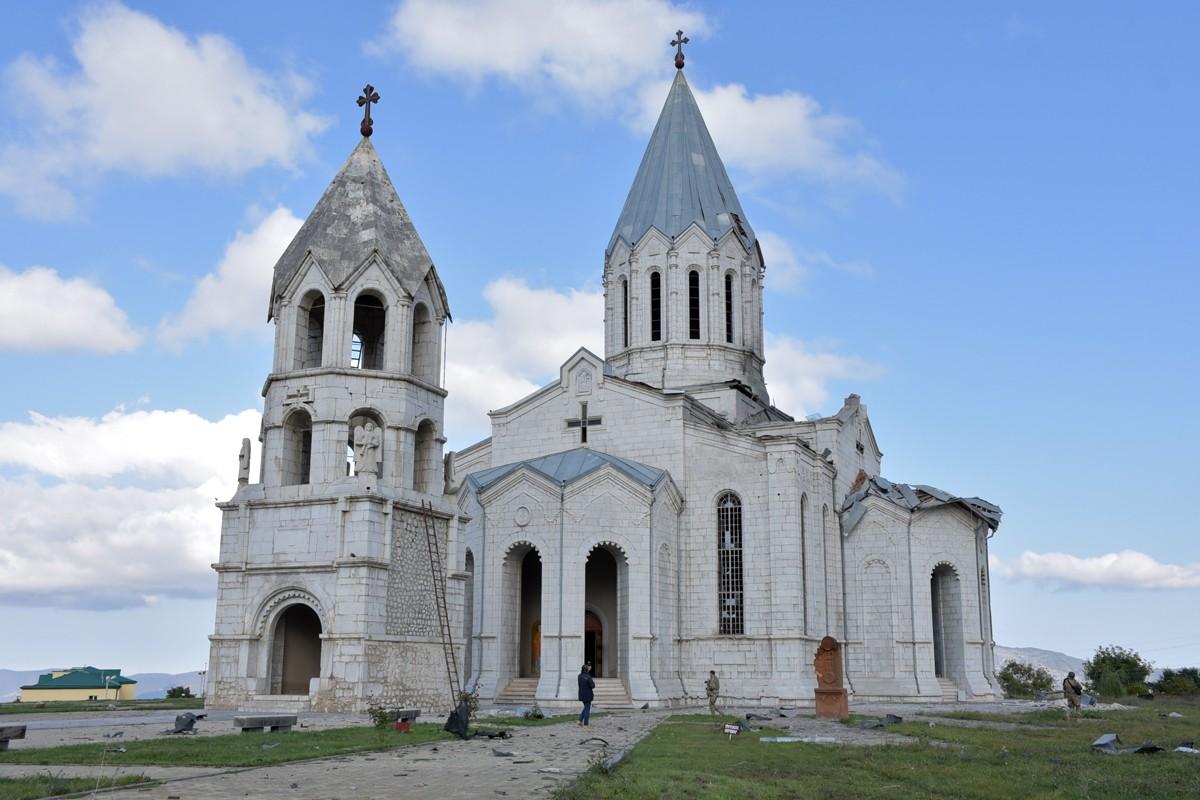 Armenia Human Rights Defender Arman Tatoyan drew attention to the fact that before the attacks, yesterday, a video was distributed on the Internet that children, women and the elderly were sheltered in the basement of the church. 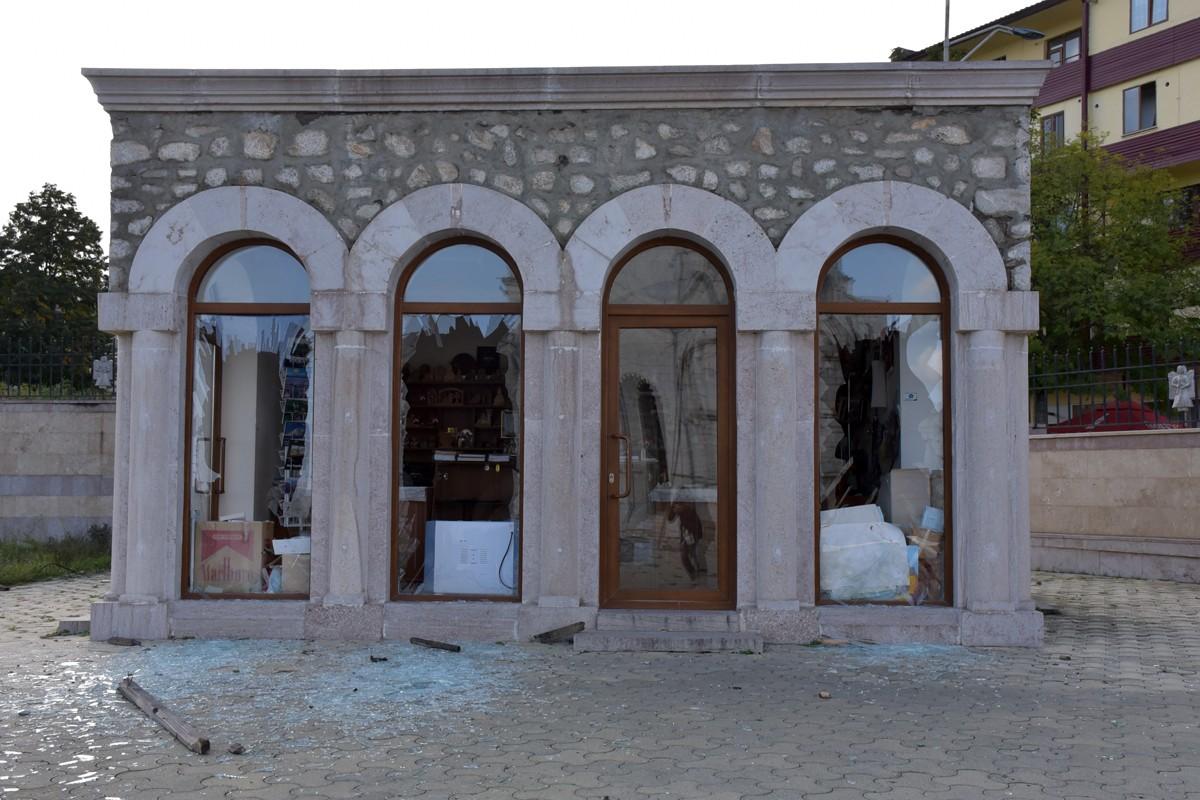 "Moreover, the women confirm in the video that the Azerbaijani armed forces are carrying out targeted armed attacks on residential houses in the city of Shushi. That is why they are sheltering from the Azeri targets in the basement of the temple. At the same time, in the video, the civilians note that the Azerbaijani attacks are so intense that there is no room in other basements, due to which they took refuge in the basement of the temple”, the Ombudsman said, adding, "All this makes it clear that the Azeri missiles were fired with the criminal intent of deliberately illegally depriving children of life, women and the elderly in the basement of the cathedral and causing destruction. In addition to the above, three journalists were injured in rocket attacks on the Shushi Mother Cathedral, one of whom is in critical condition." 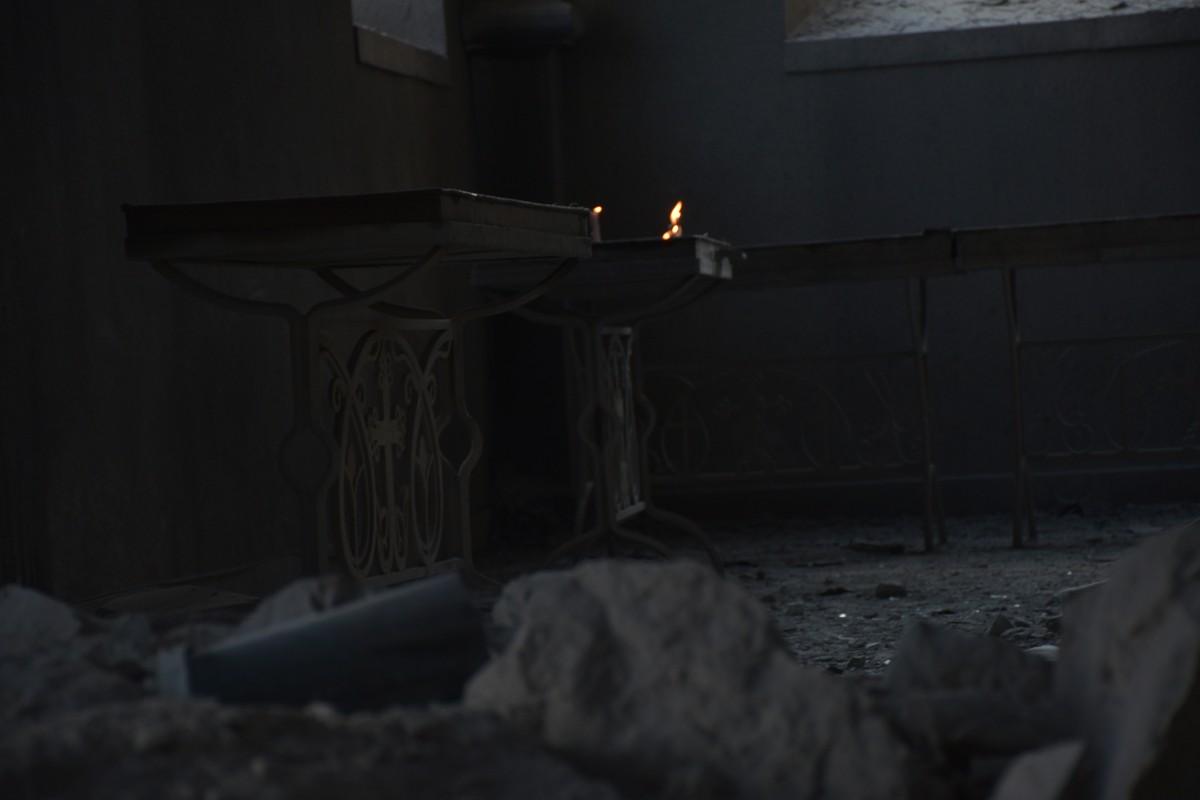 Ghazanchetsots is the Seat of the Artsakh Diocese of the Armenian Apostolic Church (AAC). As a brief historical reference, let us note that the Artsakh Diocese was reopened in 1989 by an edict of Catholicos of All Armenians Vazgen A. Palchyan. Back in the 4th century, Christianity spread in Aghvank, neighboring Armenia, through Grigoris, the grandson of Grigor Lusavorich. Grigoris is considered to be the first bishop of the church of Aghvank. The center of the diocese was the Amaras monastery. In 551, the Catholicosate of Aghvank was formed, which included Aghvank itself (Albania), the adjacent territories to the east, as well as the provinces of Utik and Artsakh (Greater Armenia), which were included in the Aghvank region. This Catholicosate was subordinated to Etchmiadzin, and the Catholicoses from Aghvank were ordained by the Catholicos of All Armenians. The Catholicosate of Aghvank was abolished by order of the Tsarist government in 1815 and became a metropolis. Two dioceses were formed in the territories of the former Catholicosate: Shamakh and Shushi or Artsakh (Karabakh) with the centers of Shamakh and Shushi, respectively, and one successive state with the center of Gandzak. Both dioceses were subordinated to Etchmiadzin. In 1930, during the Stalinist period, the activity of the Artsakh Diocese was stopped. Armenians managed to reopen it 59 years later. The leader of the diocese since March 1989 is Archbishop Pargev Martirosyan. The seat is the Ghazanchetsots Amenaprkich Church in Shushi. The diocese covers the entire territory of NKR, including the regions liberated in the 1990s.

You can read about the new churches of the diocese here.

There are 2 standing and functioning Armenian churches in the territory of Shushi today: Ghazanchetsots St. Amenaprkich (built in 1868-1887) and St. John the Baptist (construction completed in 1847), better known as the Kanach Zham (Green Church).

Ghazanchetsots was built in 1868-1887 and was consecrated in 1888 by the Catholicos of All Armenians Makar I. The architect of the church was Simeon Ter-Hakobyants, the stonemason, Avetis Yeramishyants. The belfry, which is separate from the church as a structure, was built with the help of Abraham Khandamiryants from Shushi, in memory of the people of Ghazanchi. 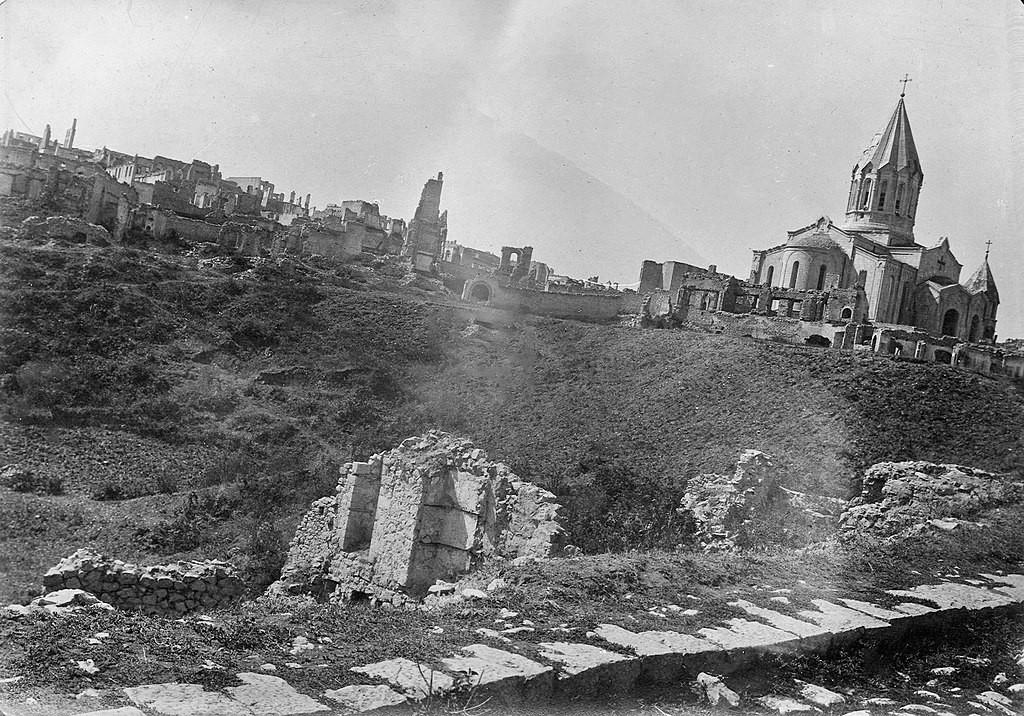 After the 1920 Armenian massacres

After the 1920 Armenian massacres in Shushi, the Musavat people closed the church, which was used by the Caucasian Tatars (then known as the present-day Azeris) as a storehouse, then the statues of angels at the entrance to the church were demolished and the dome was destroyed. 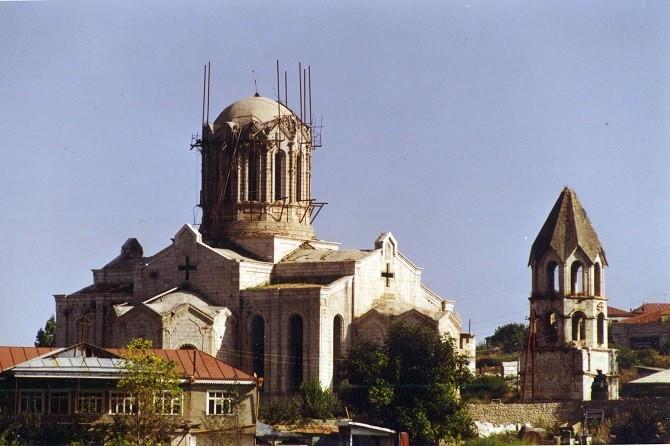 With the liberation of Shushi in May 1992, a new phase began for Ghazanchetsots. During the war, it was used by the Azerbaijanis as an ammunition depot on the pretext that Armenian forces would not target the church. The seat of the Primate of the Artsakh Diocese (including the bell tower) was renovated in 1998. 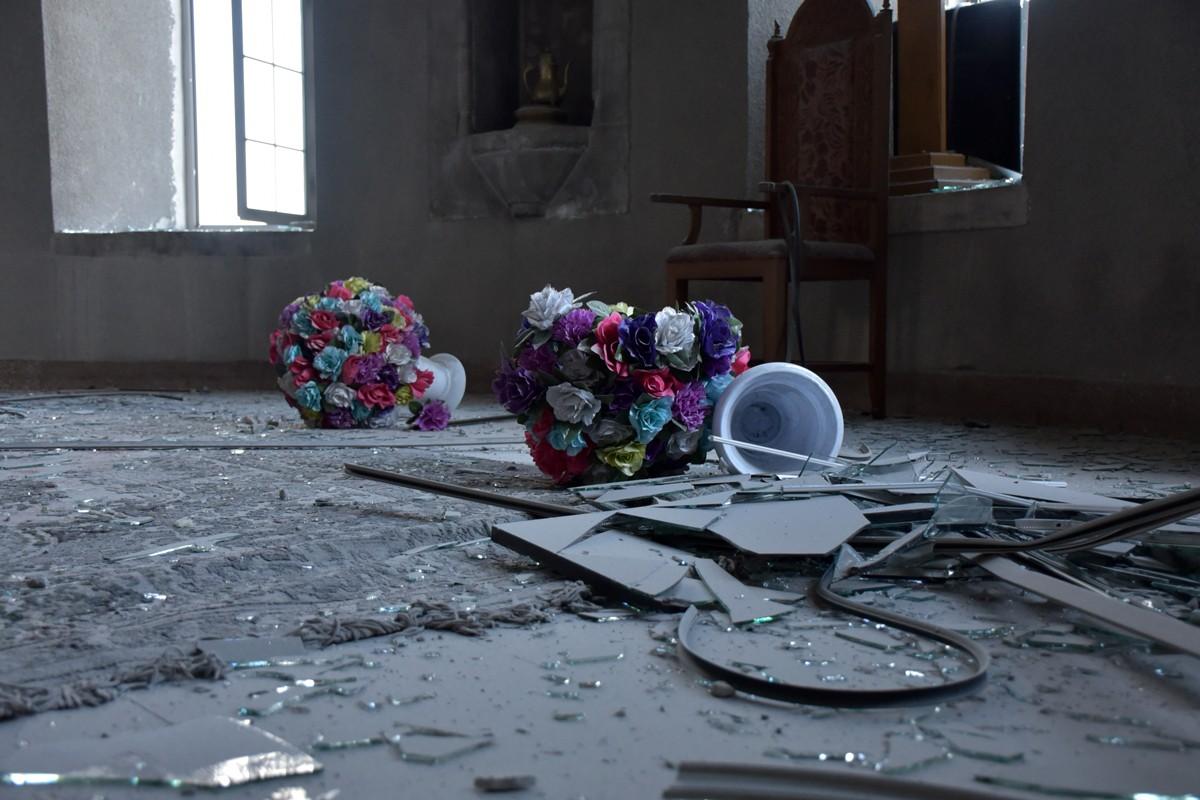 Today, the Azerbaijani army twice targeted one of the most famous symbols of Shushi and Artsakh.

In this regard, it is noteworthy that the Upper and Lower Mosques, as well as the Vagif Madrasa (a Muslim educational institution) still stand in Shushi.

The Upper Mosque, the largest Muslim religious building in the city, was built in 1769 by Ibrahim Khan of Karabakh and rebuilt in 1883 according to the design of architect Kerbalay Sefikhan and resources provided by Ibrahim's daughter Gyovhar agha (Mrs. Gohar). In 1874-1875 the Inner Mosque was built with the participation of the same architect and sponsor. 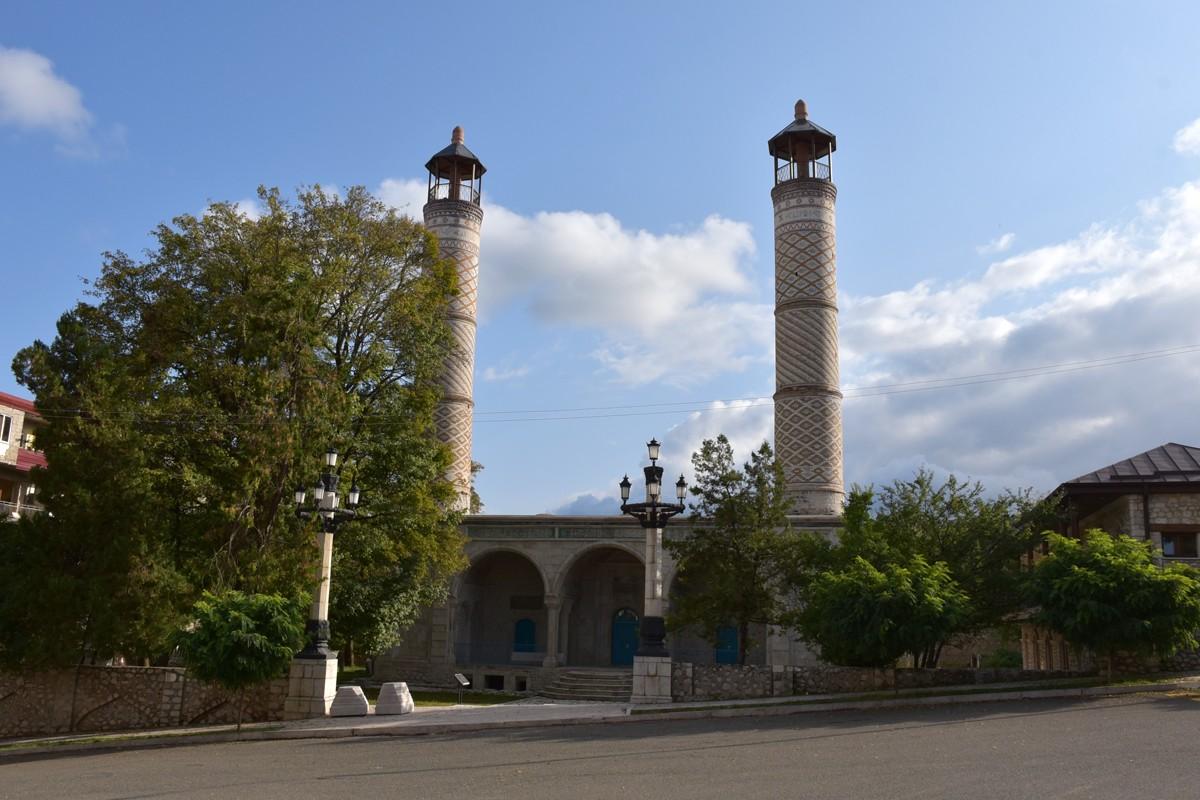 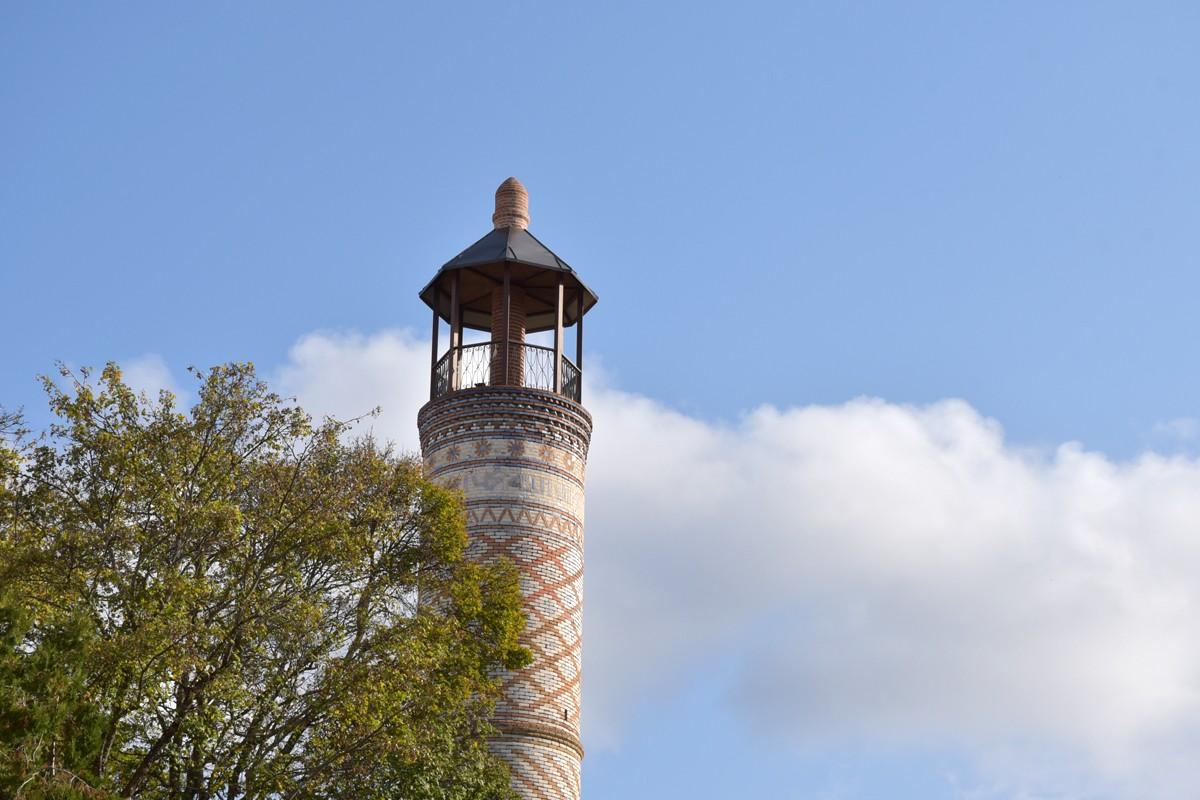 During the last years of the Soviet Union, the Upper Mosque was renovated and served as the Shushi History Museum. In 2007, a plan was announced to renovate the mosques in Shushi. Renovation works were carried out in the Upper Mosque in 2009. The roof was restored with state funds and the area cleaned. 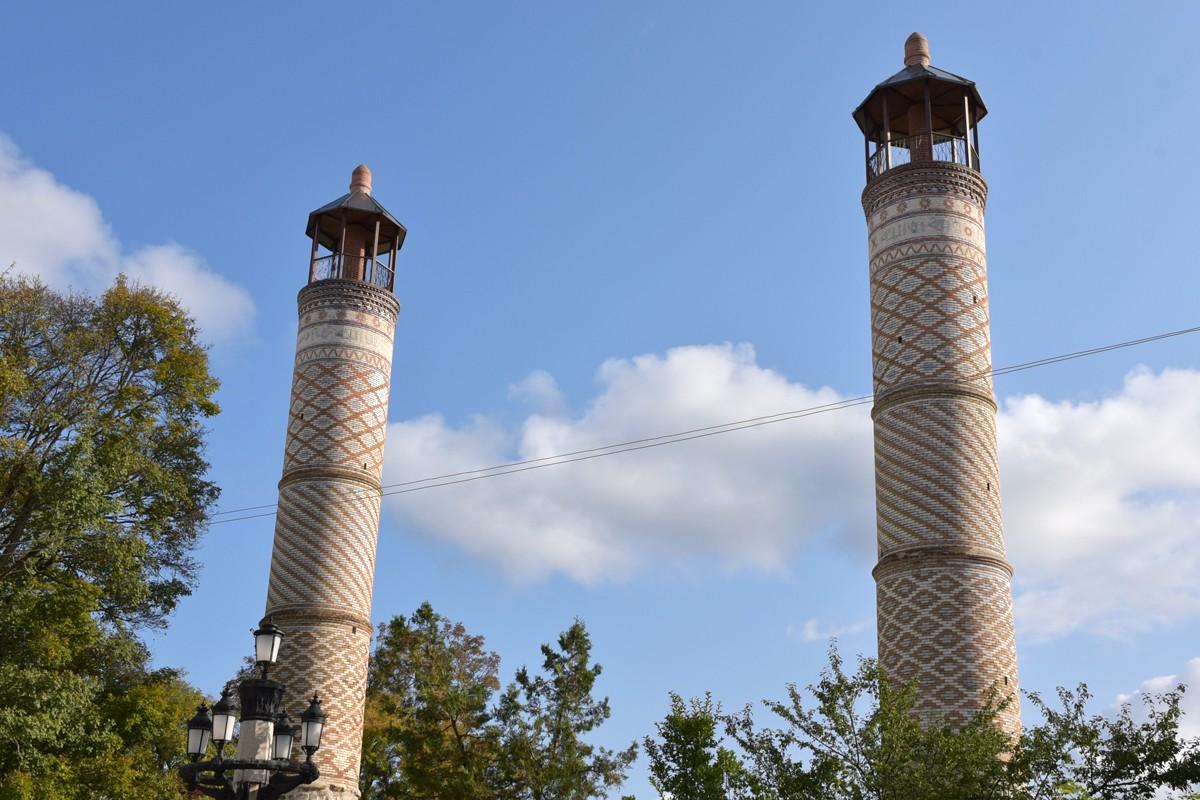 In 2014, large-scale rehabilitation workwas launched with the help of the Initiatives for Development of Armenia (IDeA) Foundation. The 19th century madrasa building was also restored under the auspices of the foundation. Iranian and Italian specialists were involved in this work. 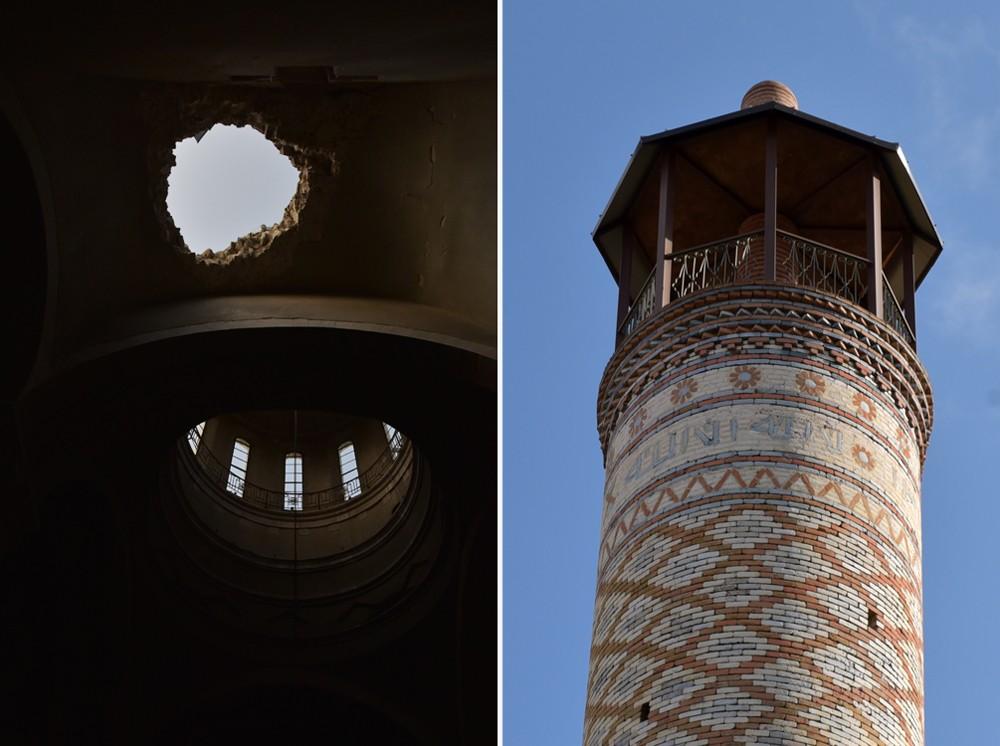 Oct. 8, 2020: Rocket damaged Ghazanchetsots and one of the Upper Mosque’s minarets

Both the mosques and the madrasa are included in the list of monuments of history and culture of Shushi and are preserved by the state.