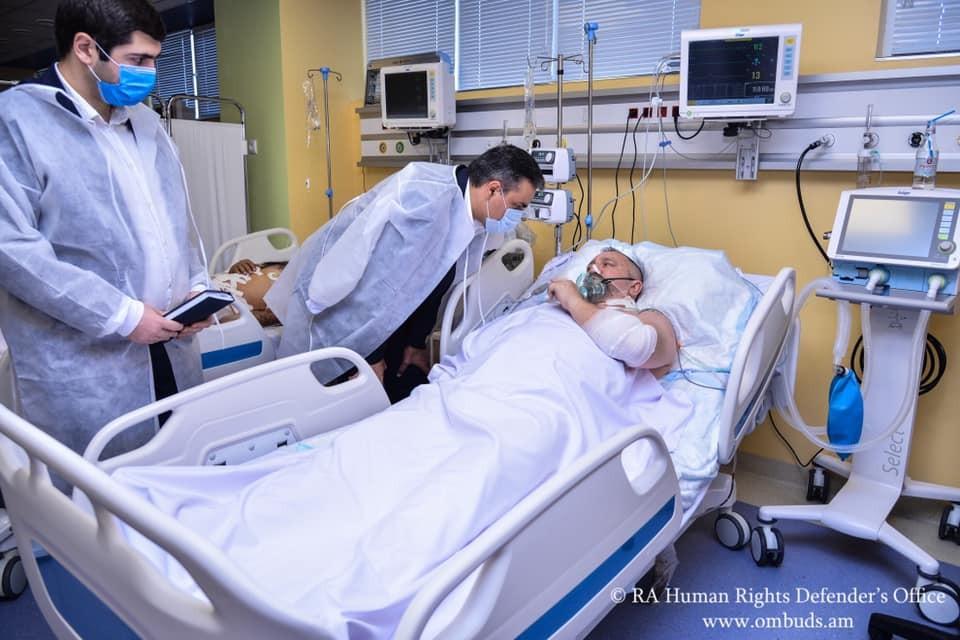 The following was releaed by the office of the Armenian Human Rights defender.

Azerbaijani Armed Forces targeted and struck the Holy Savior Ghazanchetsots Cathedral of Shushi city of Artsakh (Nagorno Karabakh) causing significant destruction to the Cathedral and injuries to women, children, and elderly present at that moment in the Cathedral on 8 October. Three Russian journalists were injured as a result of the missile strikes.

Today  Ombudsman of the Republic of Armenia Arman Tatoyan met with a Russian journalist Yuri Kotenok, injured in a rocket attack on the Shushi church.

During his visit "Erebuni" Medical Center today, one of the journalists who was seriously injured and who is in intensive care unit now, asked him to tell everyone that he had seen with his own eyes how the Cathedral was targeted and bombarded, and that during the attack, only women, children and elderly were in the Cathedral. To his words, immediately after the first attack, journalists tried to help rescue civilians who were already injured, but still in the Cathedral. …and at this very moment the second missile hit the Cathedral; the journalists got injured; the cathedral was destructed because of the savage attack.

The journalist in Yerevan hospital told me said that he got convinced himself that there are no military objects on the whole way to Shushi, and that there are only civilian settlements.