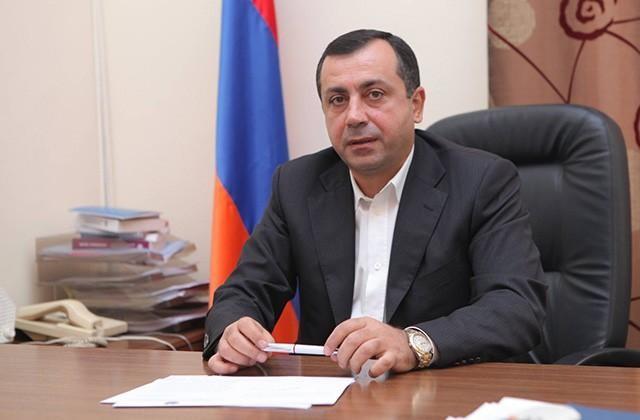 SIS spokeswoman Marina Ohanjanyan reported the news to Hetq, although she did not specify the identities of the accused. She did say that the charges stem from a criminal case based on a Hetq investigation of the property holdings of Armenian officials in Dubai.

The criminal case was initiated on February 12 of this year by the Department for Fighting Corruption and Economic Crimes of the General Department of Criminal Police of Armenia based on the March 2019 Hetq investigation entitled -Wealthy Armenians Join the Dubai Land Rush.

The criminal case was then sent to the SIS for preliminary investigation.

Hetq’s investigation dealt with a number of Armenian officials including former MPs Hrant Davtyan and Hakob Hakobyan; former Deputy Minister of Finance and former Deputy Chairman of the State Revenue Committee Arthur Afrikyan, former General Director of Zangezur Copper and Molybdenum Combine Maxim Hakobyan and his friends. Hetq also wrote about the apartments in Dubai bought and sold by the Honorary Consul of Kyrgyzstan in the Republic of Armenia (later the Head of the Operative Search Department of the Armenian Police) Babken Sedrakyan and his wife, and the wife of Reservist  Colonel Alexander Abrahamyan.

The criminal case was launched in accordance with Article 314.3 of the Criminal Code - Reporting false information or hiding data subject to declaration.

It should be noted that presenting false information in financial disclosures or concealing this data has been criminalized since July 1, 2017.

Hrant Davtyan was a National Assembly deputy in 2012-2017 and 2018-2019. Since the above-mentioned legislative clause came into force in July 2017, when Davtyan was no longer a deputy, it is clear that, in this case, we are talking about his financial disclosure violations during his 2018-2019 tenure as a MP.

Ohanjanyan also told Hetq that the two defendants were charged on the grounds of not declaring their property in Armenia. Note that Davtyan's son was also a declarant during his father's tenure.

The preliminary investigation will reveal details about the property in Dubai, although we have already written that, according to Armenia’s Ethics Committee of High-Ranking officials (now the Anti-Corruption Commission), Davtyan once declared his Dubai apartment on time.

According to the SIS statement, Hrant Davtyan, as a deputy of the National Assembly of the sixth convocation between 2018-2019, did not include in the disclosure submitted to the Ethics Committee of high-ranking officials of the Republic of Armenia on October 1, 2018, a particularly large amount of property belonging to him, including data on apartments and land plots in the town of Vagharshapat (Etchmiadzin).

In addition, during the preliminary investigation, it was proved that Davtyan's son, Arsen Davtyan, being a family member of the declaring official, did not include data on the acquisition of real estate in the given tax year and the sale of the car owned by him in his 2018 disclosure. According to the SIS, he thus concealed a particularly large amount of property subject to declaration.