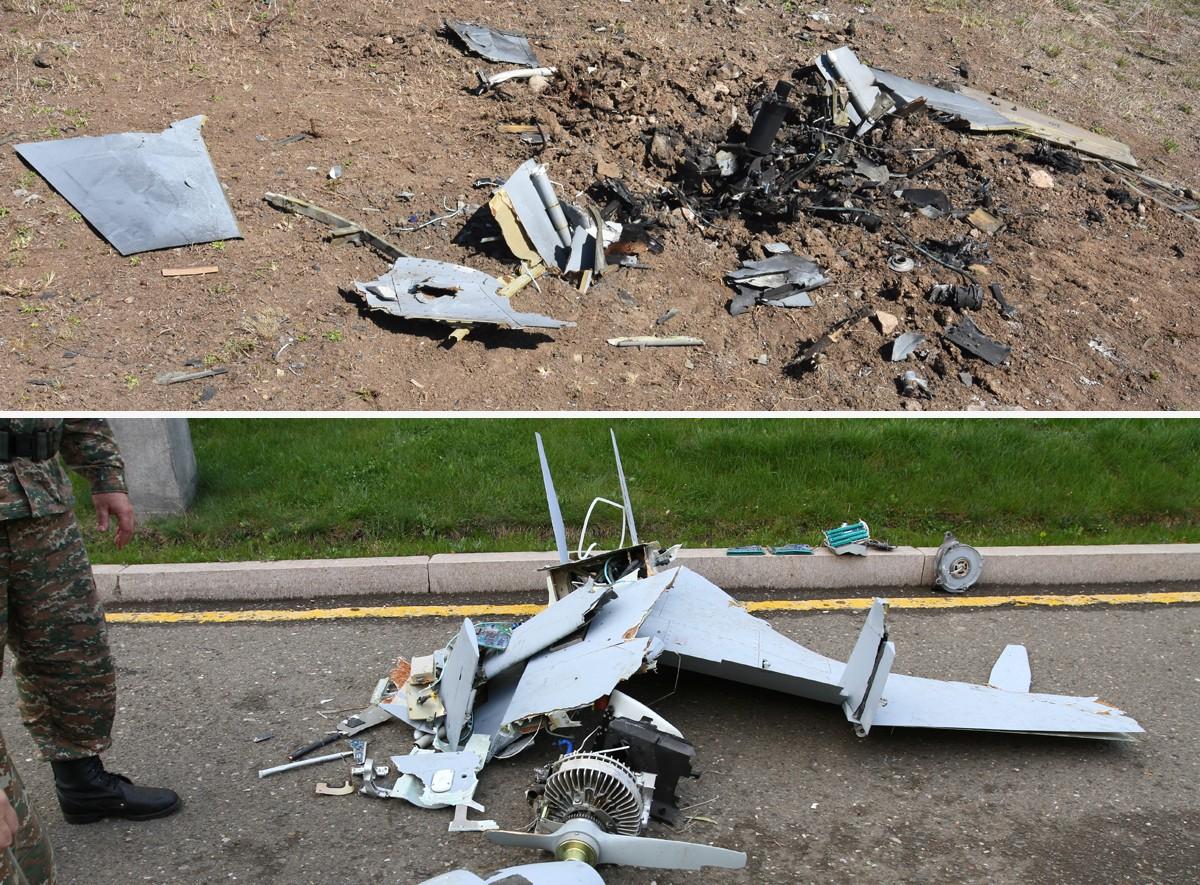 During the September 27 war unleashed by the Azerbaijani-Turkish tandem against Artsakh, the Hetq team gathered evidence on the weapons used by the enemy against Artsakh. Hetq Editor-in-Chief Edik Baghdasaryan and photographer Hakob Poghosyan photographed the wreckage of various missiles and drones.

Canadian, American and Austrian companies have stated their position

Before referring to the French and Swiss devices, let us remind our readers that the Turkish Bayraktar TB2 drones damaged during the war were proved to have carried cameras of the Canadian company WESCAM. WESCAM is a subsidiary of the American company L3Harris Technologies.

But before the Artsakh Defense Army shot down the Bayraktars, there were already reports in early October that Canadian technology was being used on Turkish drones. Later, Canadian Prime Minister Justin Trudeau stated that their exports must not violate adopted principles and laws. The Canada Import and Export Authorization Act prohibits the sale of weapons if they can be used to violate international humanitarian law or human rights. For his part, Canadian Foreign Minister François-Philippe Champagne decided to freeze the supply of military equipment to Turkey and launch an investigation. This caused dissatisfaction in Turkey. 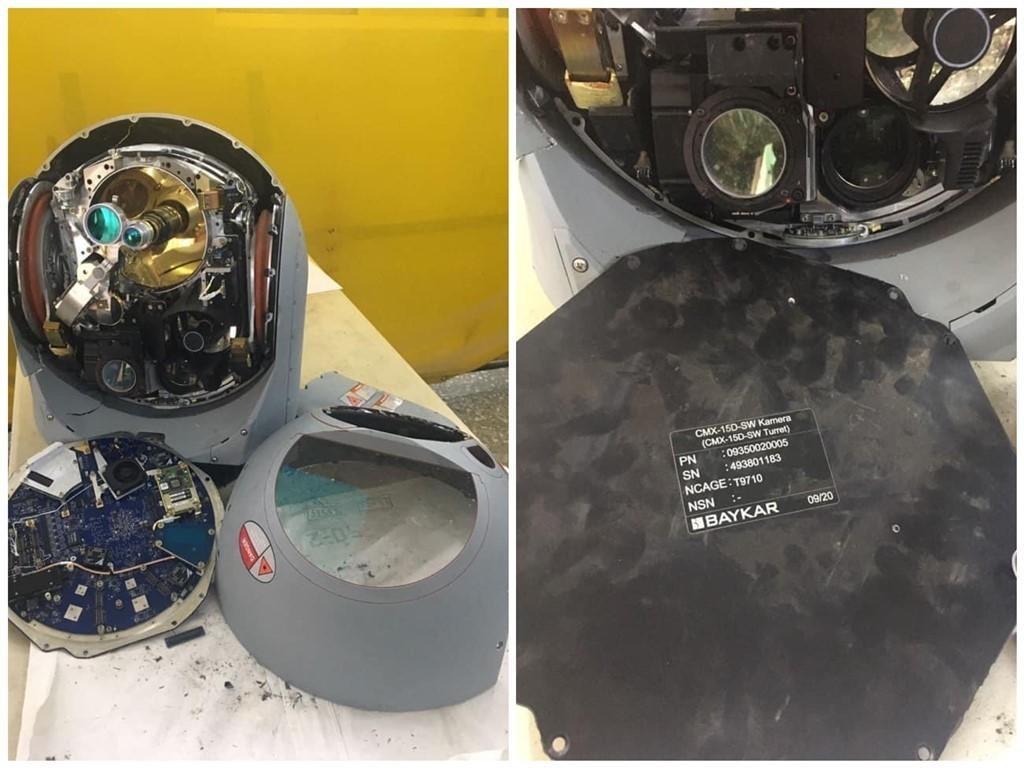 American companies also came under pressure regarding their military supplies to Turkey. In late October, Armenian-Americans demonstrated outside the headquarters of the American company Viasat, which sells satellite communications and equipment to Turkey. The company's products and communication technologies are used for Turkish Bayraktar TB2 and Anka-S combat UAVs. A Viasat representative told the protesters that it intended to cut off supplies to Turkey and would soon apply to US government agencies to investigate how Turkey uses its technologies. The company official said he was unaware that their products had been used against civilians and to bomb hospitals. 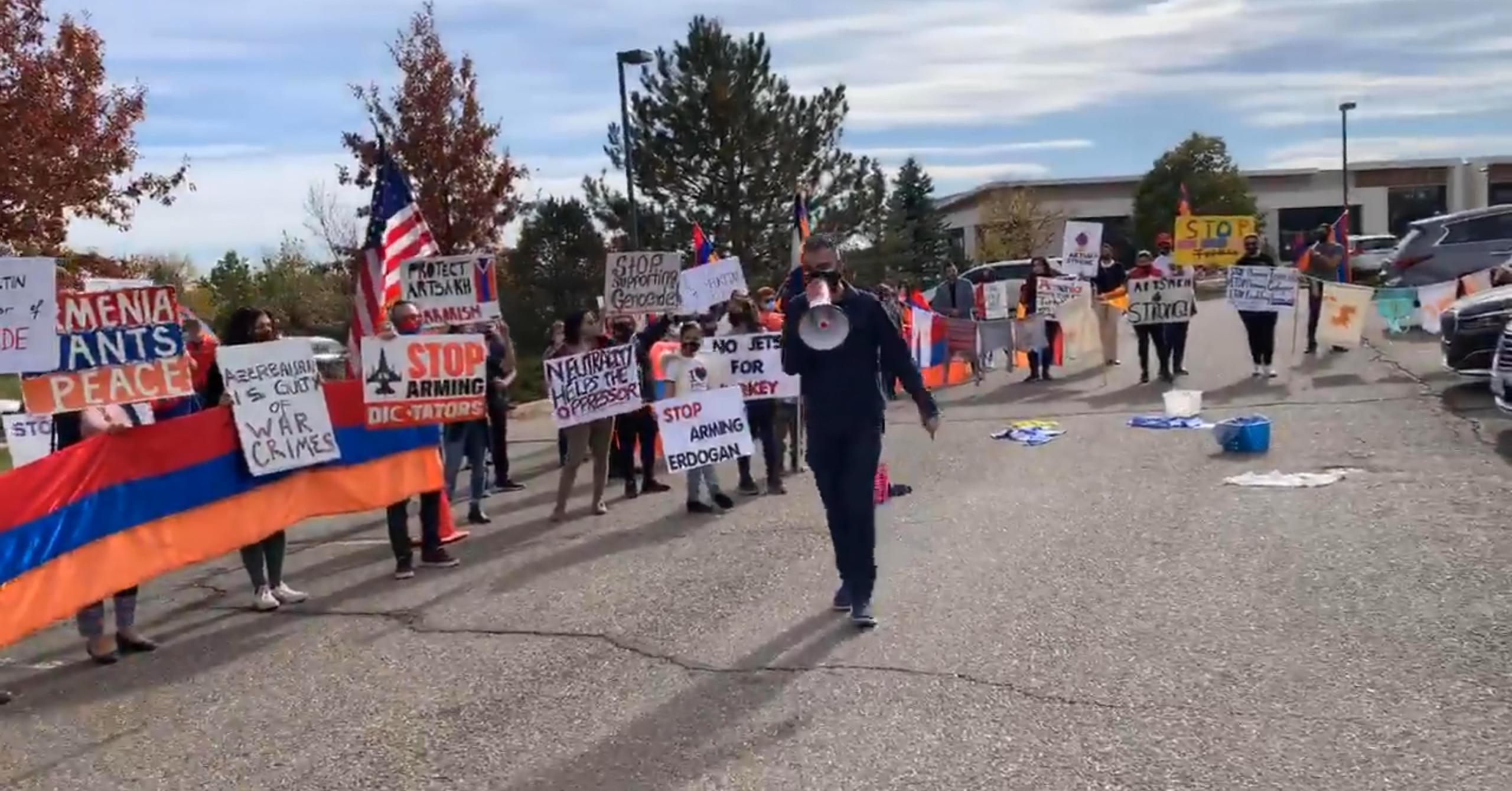 Armenian-Americans also protested in front of the Lockheed Martin military-industrial company (photo), which, in cooperation with Turkish Aircraft Industries, manufactures F-16 fighter jets for the Turkish Air Force. The existence of the latter in Azerbaijan during the war was also established, and the Armenian side officially stated that they were also used on the military front. In addition, the American company produces target detection and identification systems for these fighters, as well as missiles for S-70B Seahawk helicopters. Lockheed Martin did not respond to the action of the American-Armenians. Instead, and due to the actions of the Armenian-Americans, the American law firm DLA Piper and the lobbying company The Livingston Group dropped Azerbaijan as one of their clients.

Soon afterwards, it was reported that the Austrian company Rotax would no longer supply engines used on Bayraktar TB2 drones. Rotax is a subsidiary of Canadian Bombardier Recreational Products and stopped cooperating with Turkey on the orders of the Canadian company. It should be noted that the engines of Rotax were produced for light and ultralight aircraft for non-military purposes, and their sale was carried out by international intermediaries. In this case, Italy carried out supplies to Turkey. 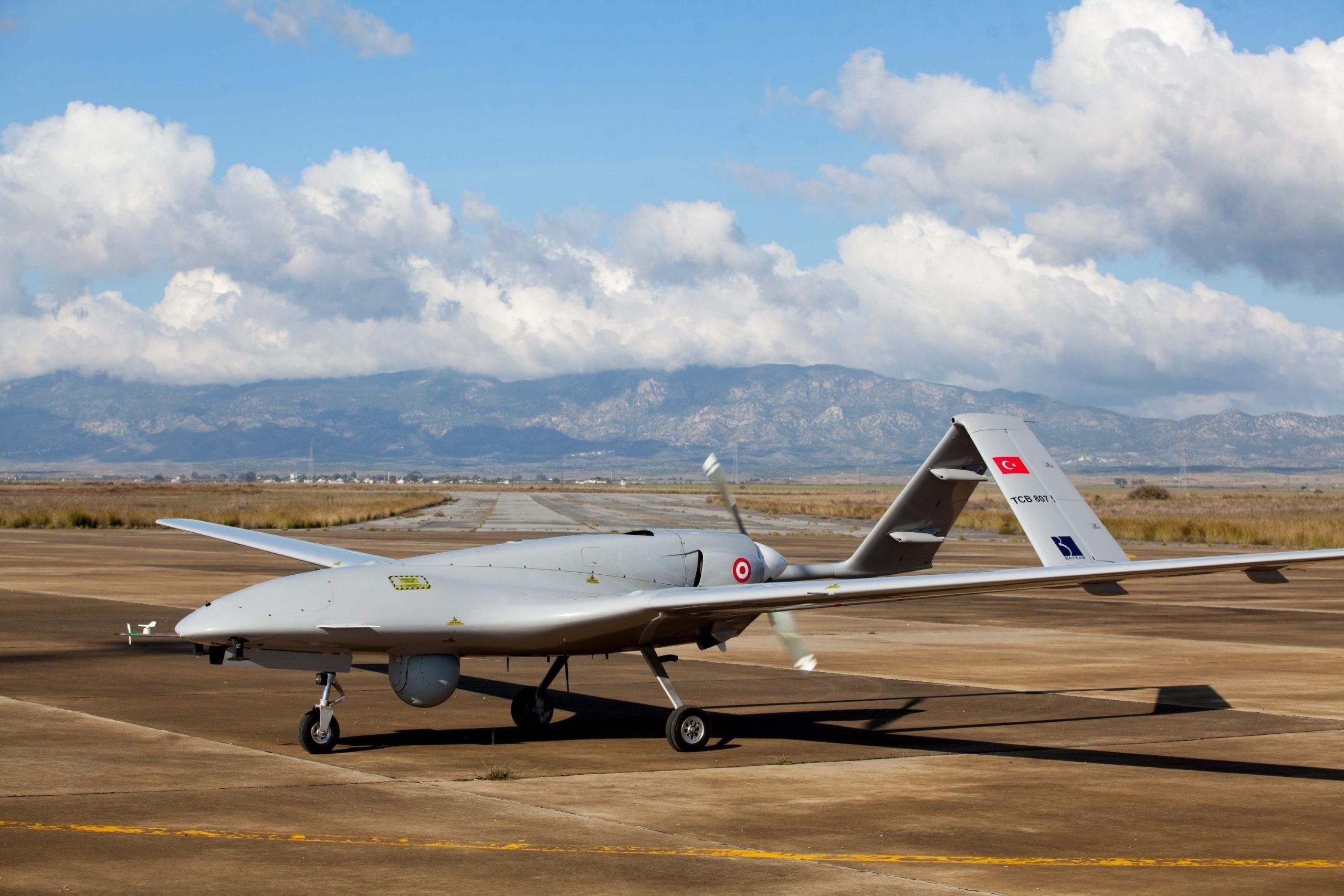 "As they are not manufactured for special military purposes, nor do they meet the standards of EU licensed goods, they can be exported to Turkey legally without prior permission," said Wolfgang Schneider, an official with the Austrian Ministry of Economy. However, international economic law stipulates that the export of goods requires a permit from the Ministry of Economy if they are "manufactured or modified for military purposes or used for domestic application, human rights violations or terrorist purposes.”

The use of Israeli UAVs by Azerbaijan is not new. Artsakh's air defense system first encountered them in September 2011, when a hybrid of the Hermes-180 and Hermes-450 devices was damaged in the sky over Vazgenashen, a village in Artsakh’s Martuni region. 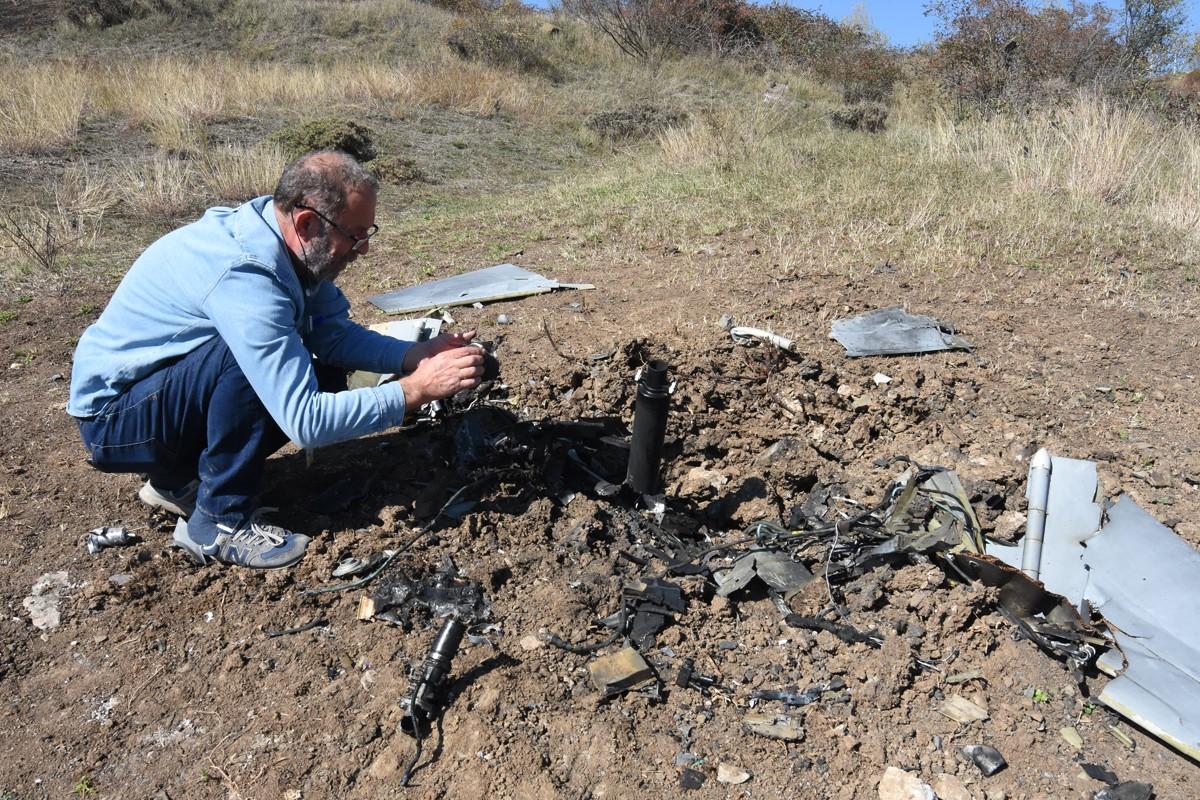 Harop drones released by the Israel Aerospace Industries (IAI) company were first used on the Artsakh front in 2016, in the April Four-Day War. We have various photos of Israeli UAVs damaged by Artsakh anti-aircraft systems in that war, including the destroyed Harop. The photos below were taken on April 7, 2016. 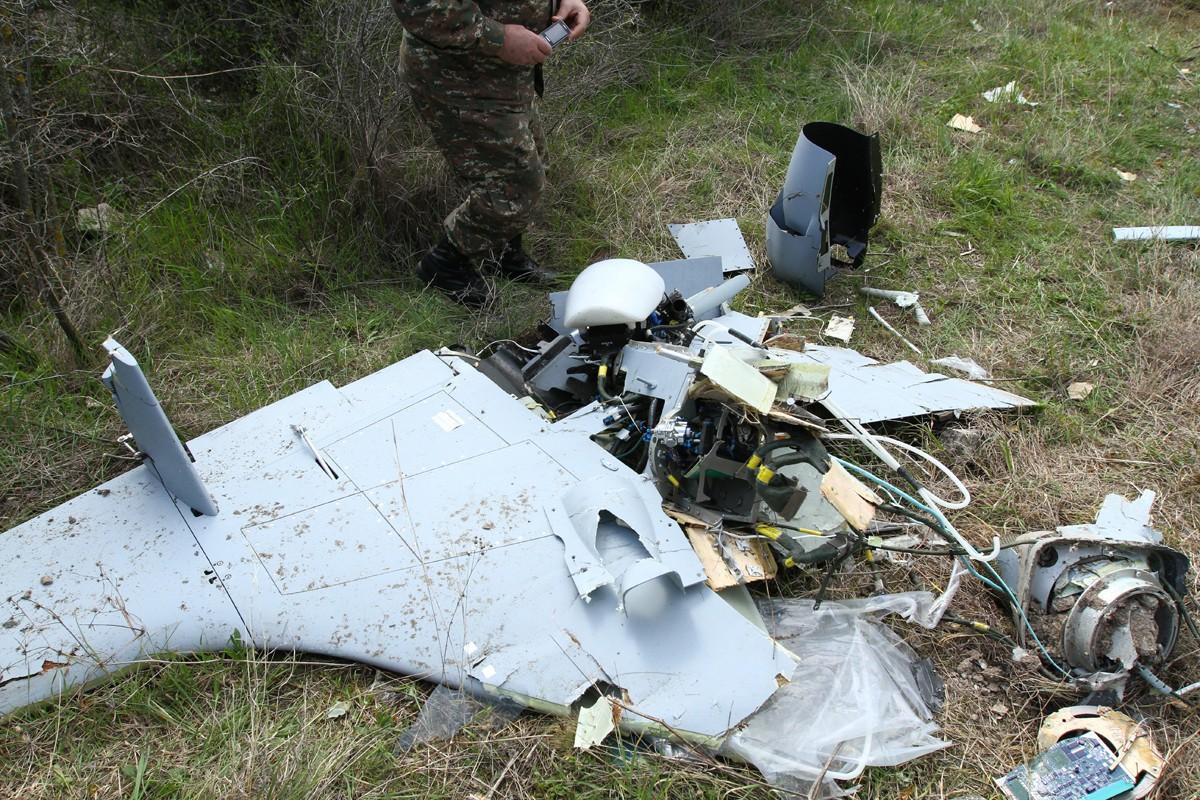 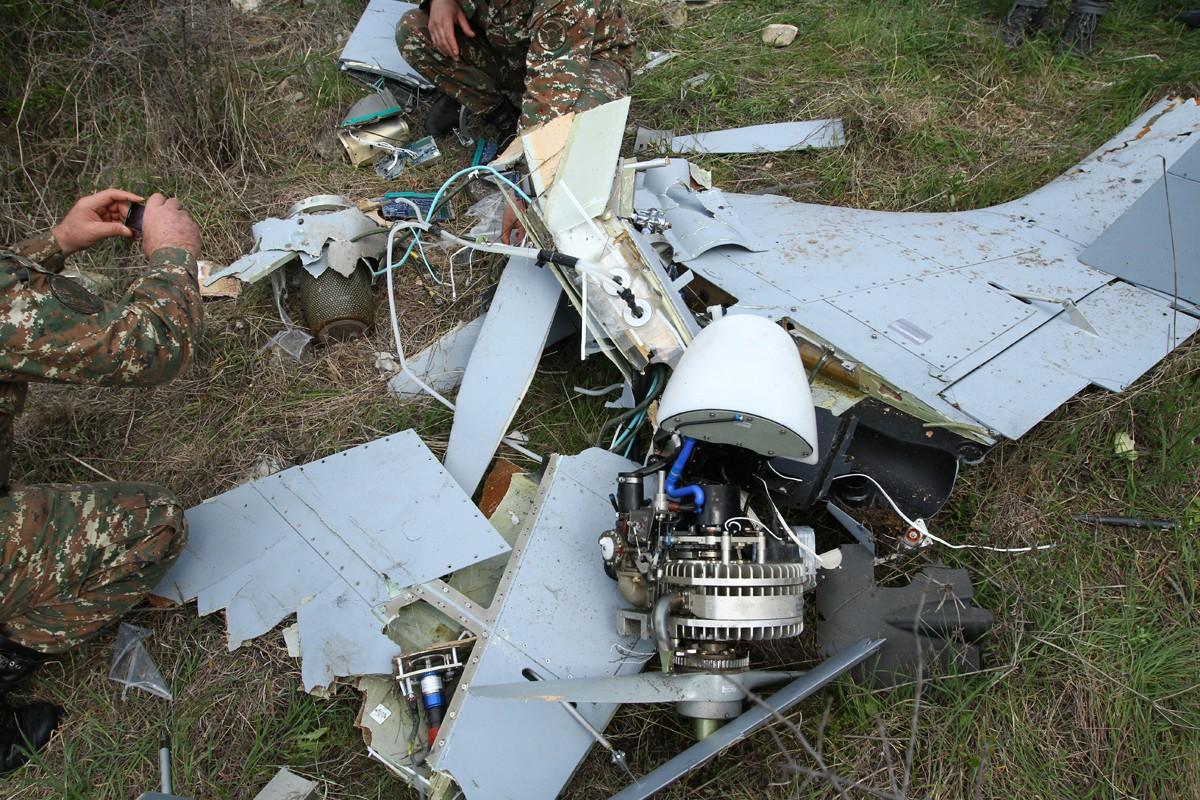 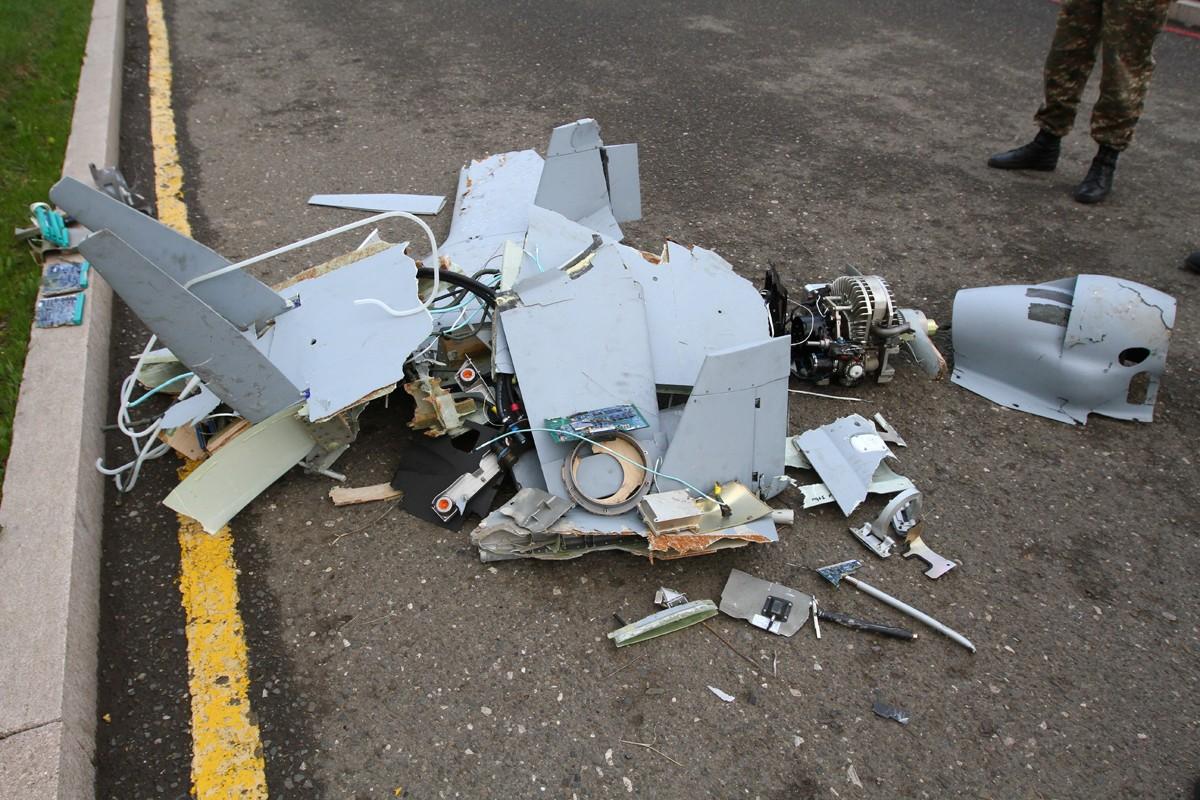 Furthermore, the IAI manufactured drone carried a 15.2 kg warhead, with an explosive mass of 5.7 kg, produced by Rafael, another Israeli company. (see photo) 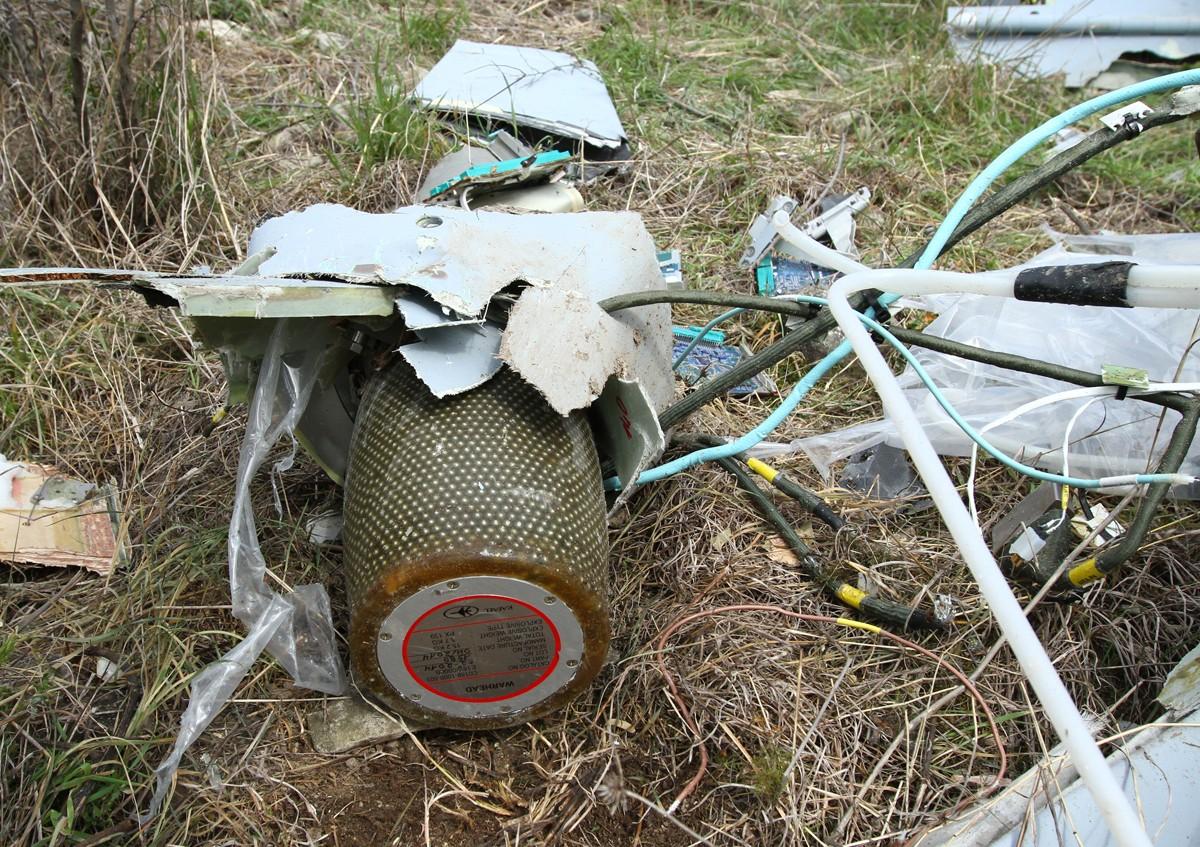 The fact that the UAV shot in 2016 and October of this year are of the same type is evidenced, specifically, by their folding, semi-triangular wings and hinges under the wings. 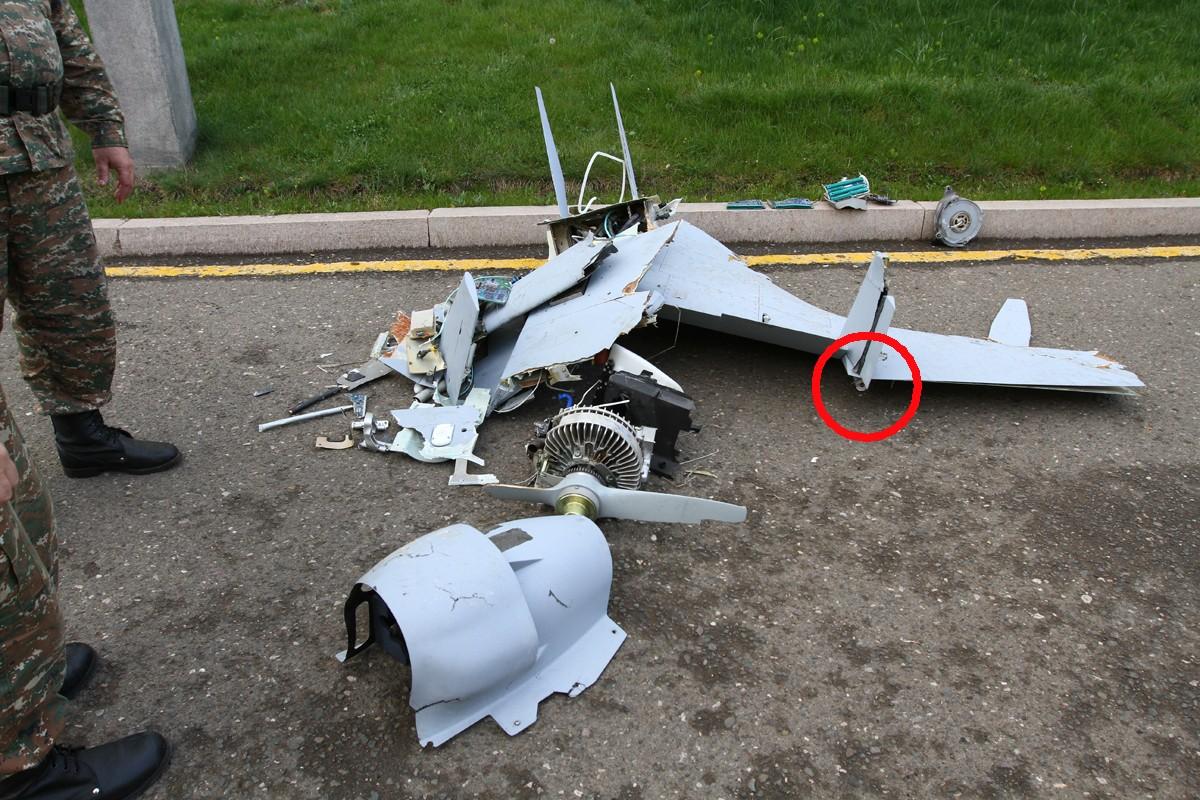 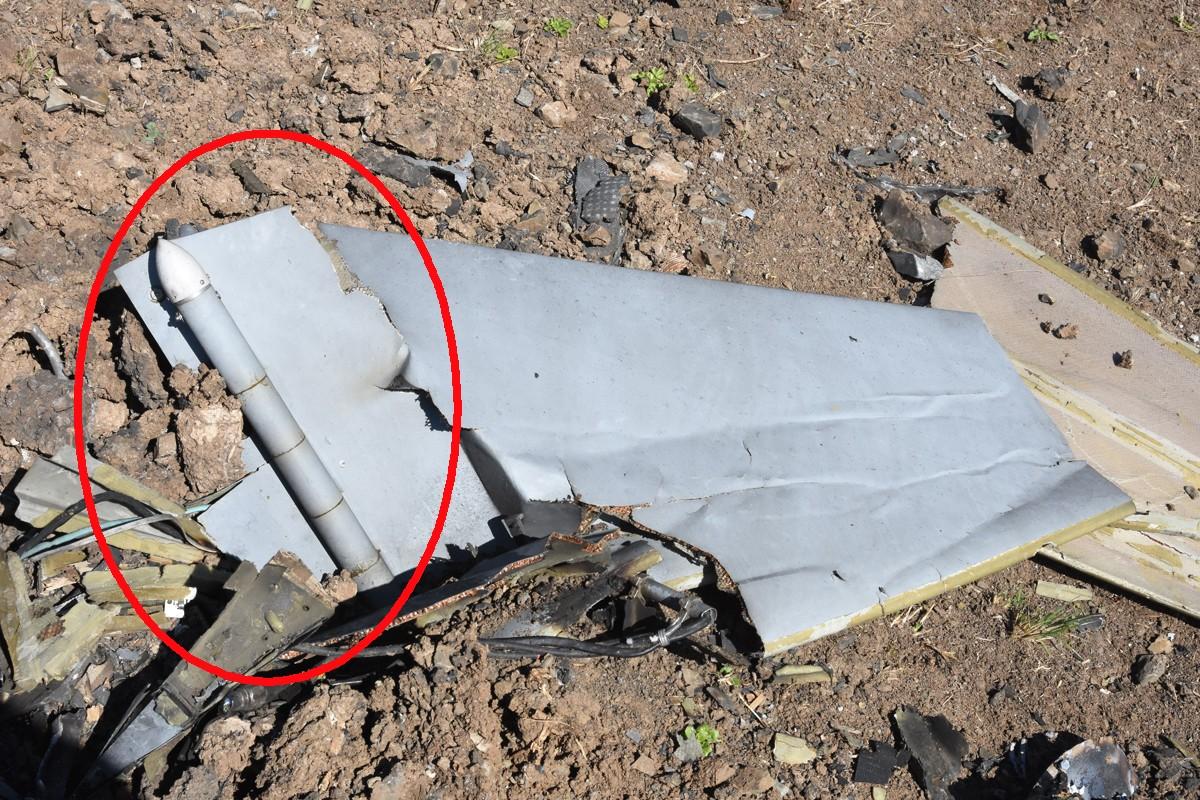 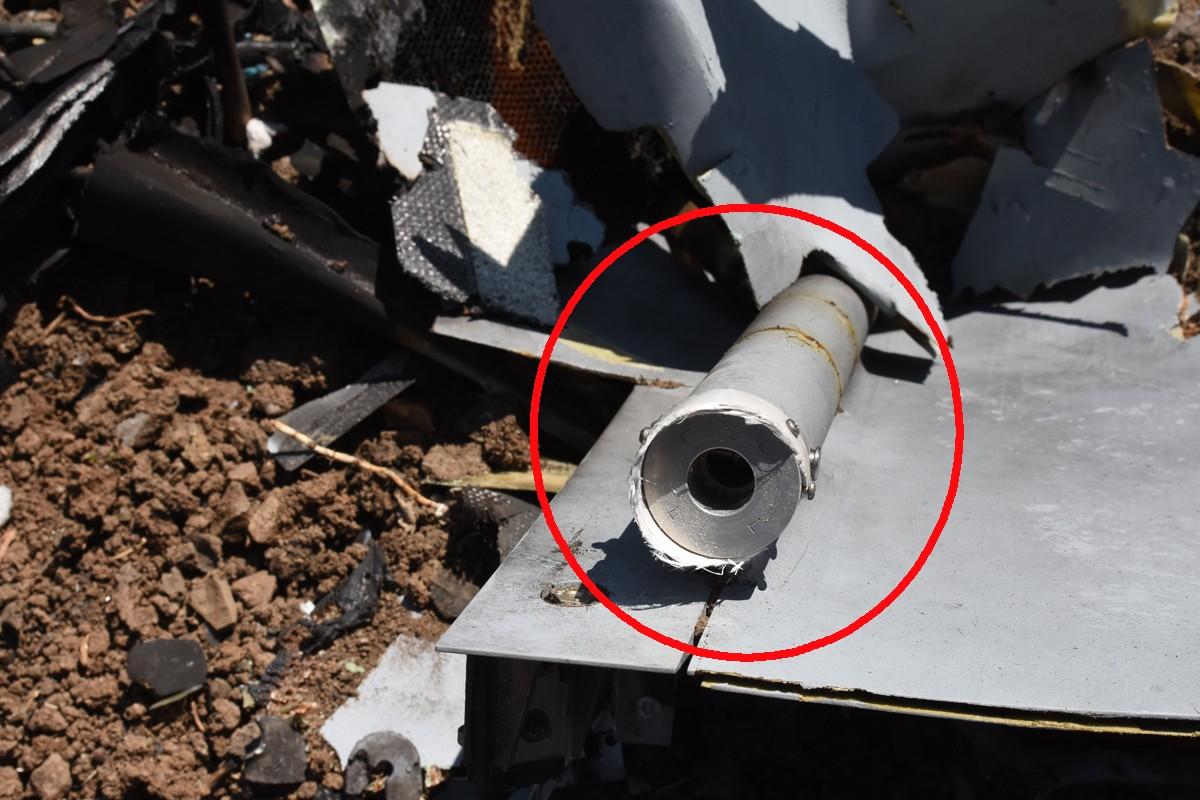 There are various reconnaissance, strike and suicide missiles in the Azerbaijani arsenal, but only the wings of the Harop have such a structure.

Among the devices used on the Harop, we have singled out the electric motor produced by the Swiss company Faulhaber Minimotor SA (a subsidiary of the German company Faulhaber) and the potentiometer made by the French company Eurofarad (a part of the Exxelia group). 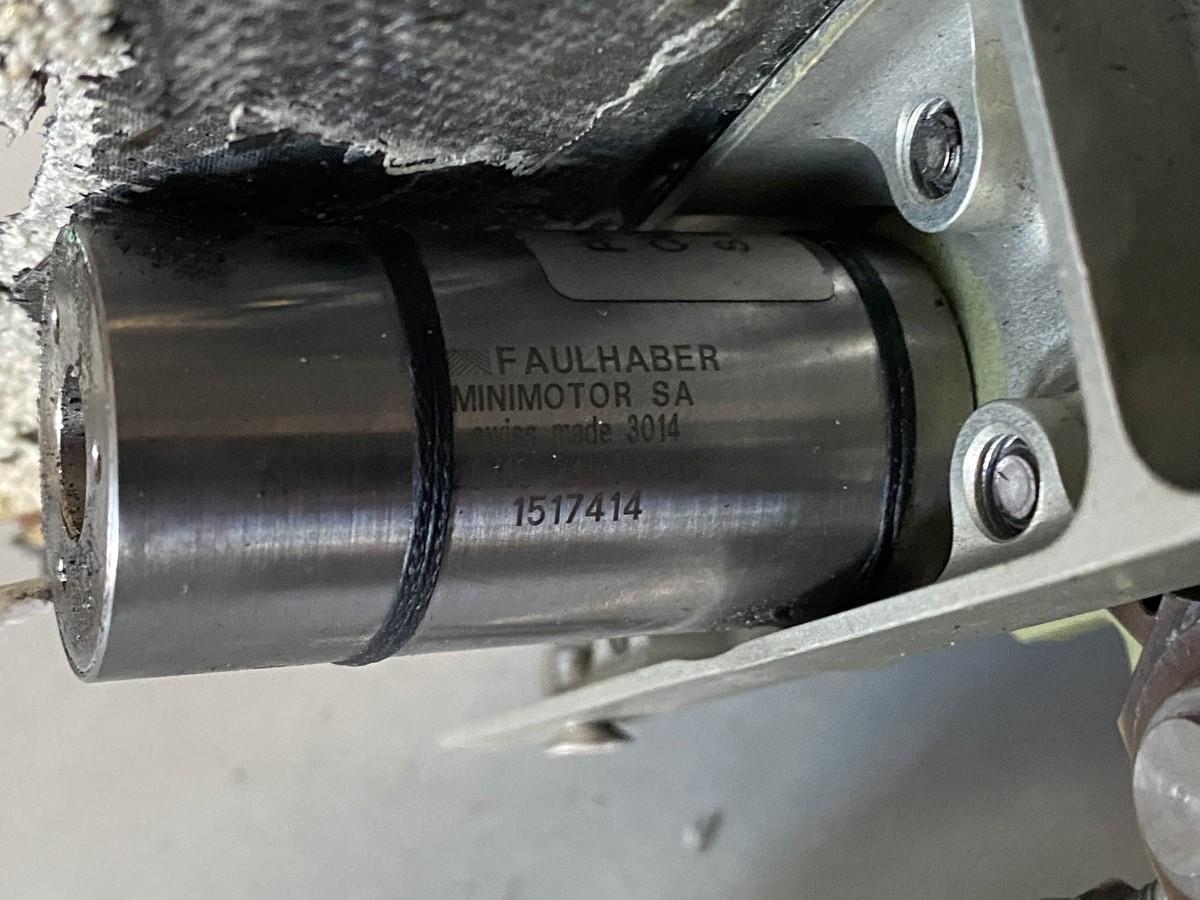 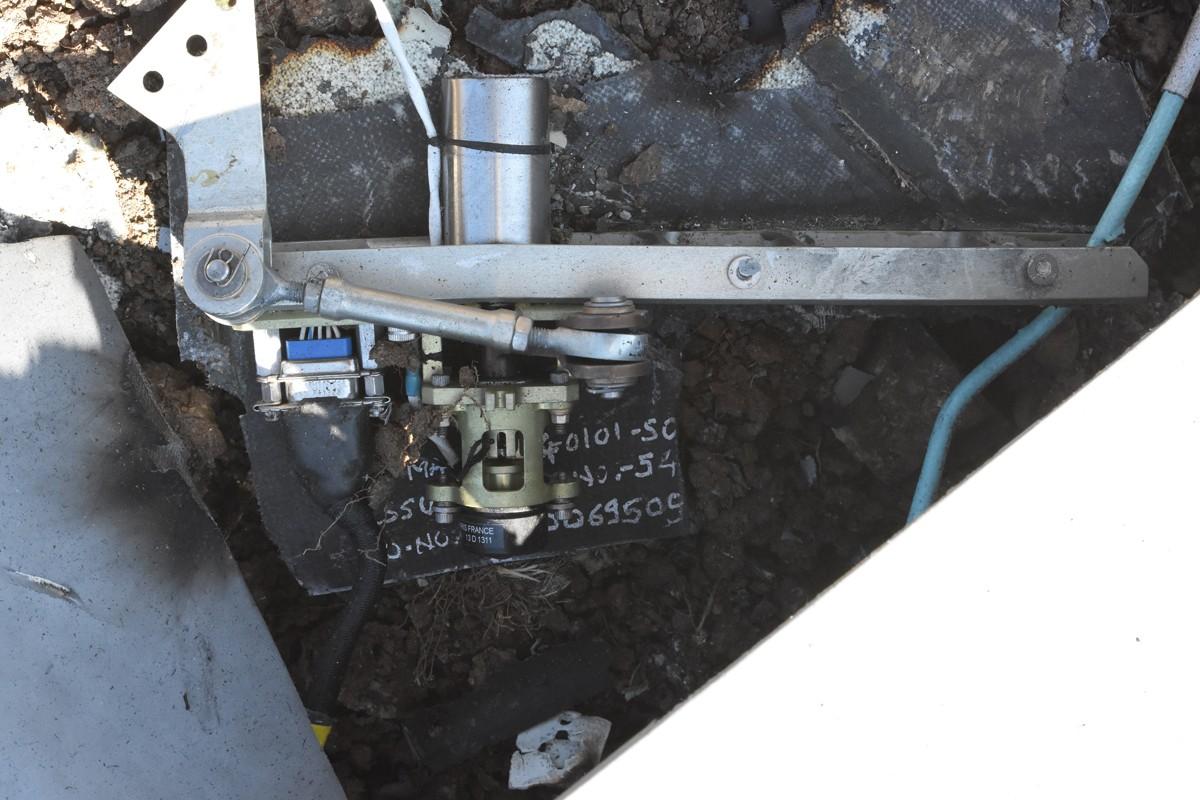 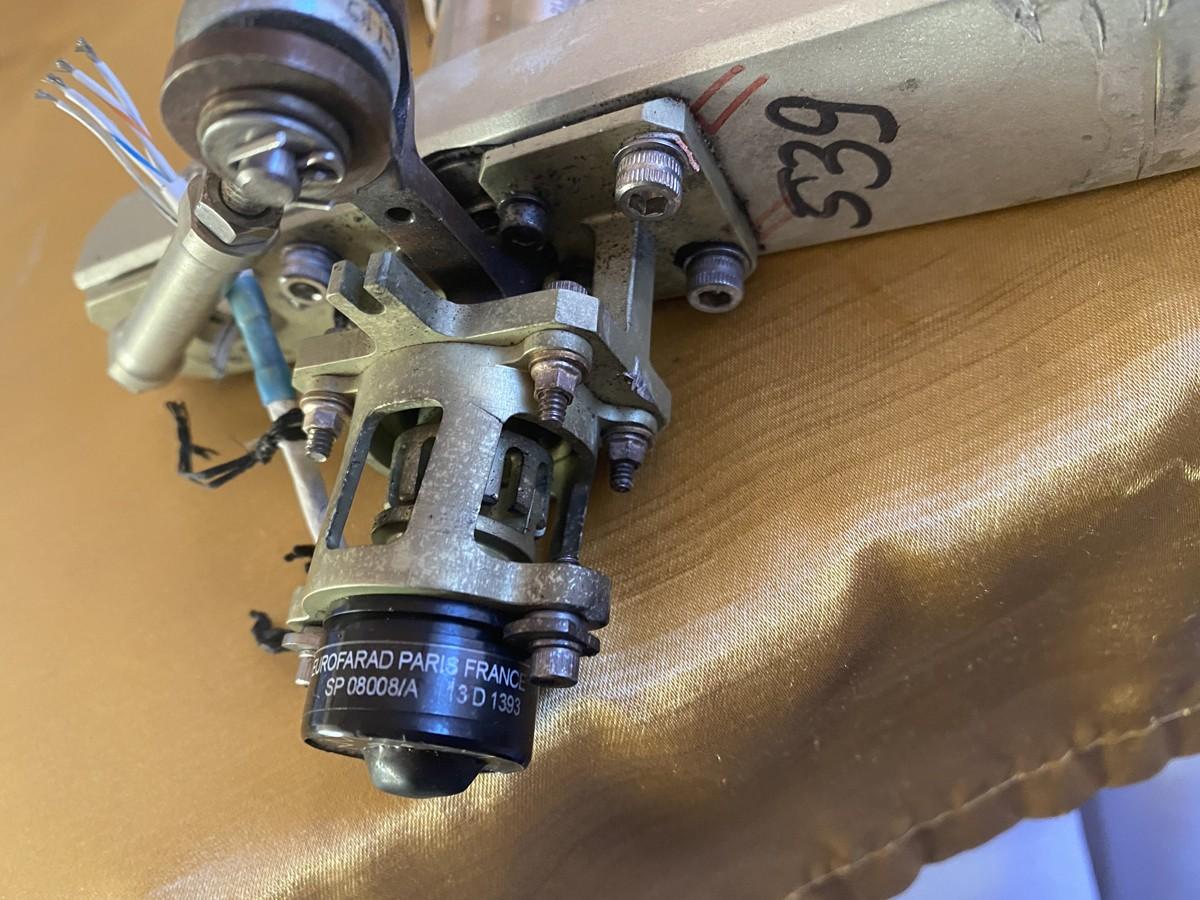 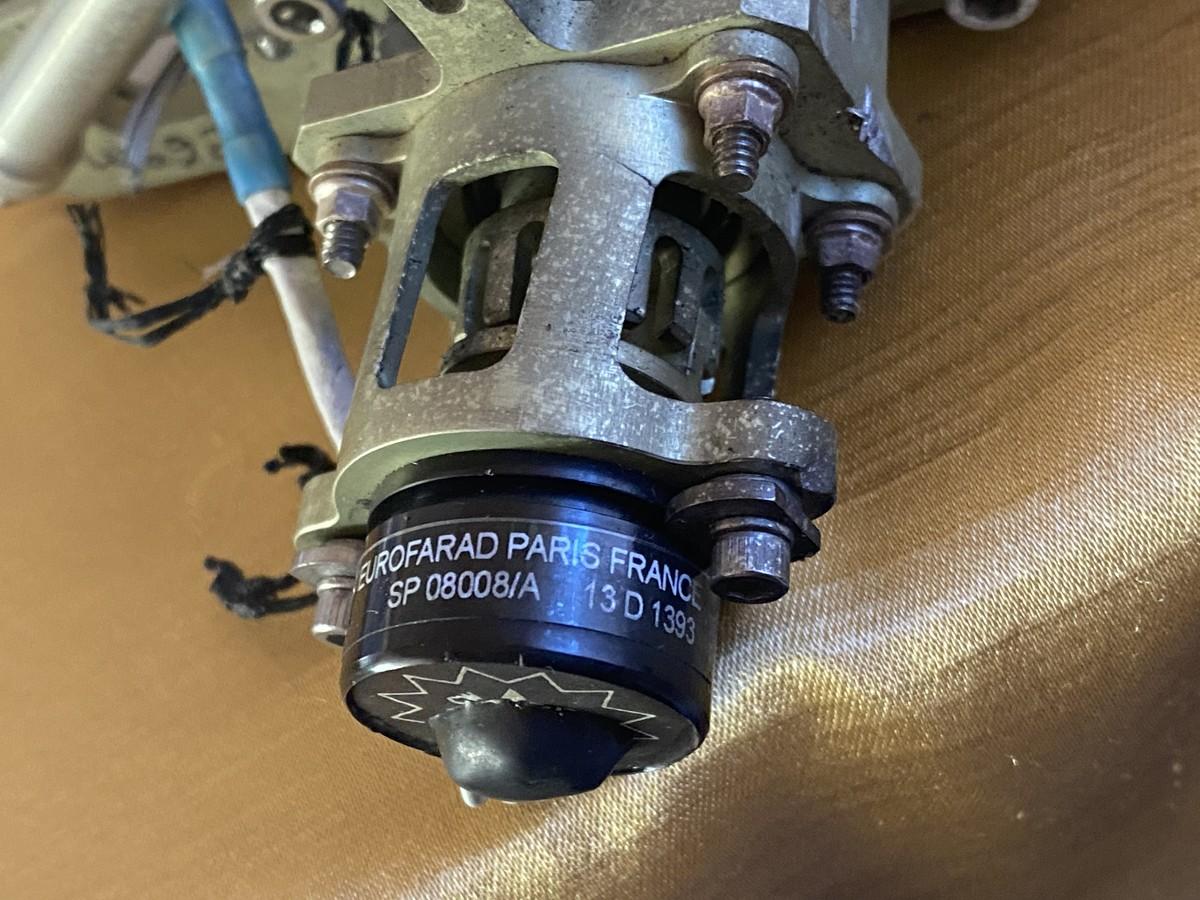 These are just some examples of how seemingly innocent details were used in the deadly weapons used indiscriminately by Azerbaijan during the recent war.

Hetq also has details of other weapons, produced by companies in countries that are far from this conflict, both geographically and in terms of their involvement, that were used against Artsakh's non-military targets.

The reality is that today the most modern technologies, created mainly for civilian purposes, are sold by their manufacturers, among others, to military-industrial enterprises pursuing business interests, and then end up in the hands of their client states, headed by authoritarian or dictatorial leaders who are quite willing to commit terrorist acts against civilians.

As a result, a small detail created in some part of the world becomes an important screw in launching a deadly weapon that takes innocent human lives. This is the arms business, the killing business.

joe 2020-12-17 08:39:40
Azerbaijan is a made up fictitious Muslim gas station nation invented in 1918. In 1922 the SOVIET UNION GAVE AWAY ANCIENT ARMENIAN LANDS to this made up gas station despot run human right violating nation. When the Soviet union ended so did all of its made up arbitrary borders, Yet the horse face ugly despot Aliyev and the no morals gypsy Zionists for monetary and oil interest of course, decide to help rid the Armenians and pretend a false narrative that this was and will always be part of the gas station nation of Azerbaijan... This war isn't over. Mark my words. It will resume. Armenians will one day take back their rightfully lands and hopefully destroy the Zionist oil interest at the same time and rid the despot to liberate the Azeris peoples themselves.
George Boghozian 2020-12-09 01:47:27
The real winner of this nasty war was Israel that made 100 millions of dollars through dirty arm-trade with Azerbaijan. As a high-tech IMMORAL BANANA REPUBLIC Israel puts PROFIT before the PEOPLE always. And their officer shamelessly admitted that: “Azerbaijan would not be able to continue its operation at this intensity without our support,” a senior source in the Israeli Ministry of Defense told Asia Times on condition of anonymity. https://asiatimes.com/2020/10/israel-to-maintain-azeri-edge-in-karabakh-war/
Dr. Hujjathullah M.H.B. Sahib 2020-12-05 16:23:53
This is a revealing piece on the extent of foreign products used even within military drones. Given the tough verification and end-user restrictions involved often in these foreign sales this indeed surprising. But this is not the first time such abuses have happened, in fact the Israeli forces sometimes uses similar drones also laden with abused foreign parts to target even totally innocent Palestinian civilians often with full impunity and none of those foreign suppliers of parts even bother to raise a whimper !
Zak 2020-12-05 14:21:53
Had Armenia not invaded and occupied Azerbaijan territory then this war would not have happened. If Armenia, negotiated a way for Azerbaijan to open free trade access to nogorny Karabakh then both countries would have lives in peace and prospered. If their is action then there will be reaction.
Iqbal Khan 2020-12-04 16:46:50
@Ion vasile You are ignorant of the facts. It is Armenia and its supported militias that had occupied Azerbaijani territories by force in 1990s. The UN and International Community has not recognized the right of Armenians over territory belonged to Azerbaijan and there are a number of UN resolutions calling on Armenia to vacate areas belonged to Baku. Please check your facts and know the truth. Regards, IQBAL Khan
Նուբար Ասլանյան 2020-12-04 13:31:00
Եւ էս բոլորը(նյութը)ինչի համար են.Ինչ կարող եք անել...Ինչ կարող եք փոխել: փող,փող,փող՝ մեկը ծախում է,մյուս՝ գնում,ինչ օրենք,ինչ խիղճ,ինչ դատ դատաստան....էս ո՞ր թիվն է....ԵՂՈՒՆԳ ՈՒՆԵՍ,ԳԼՈՒԽԴ ՔՈՐԻ:
Ion vasile 2020-12-04 12:55:54
How can azerbaigean occupy armenian sovereign teritoriu ? Is this allowed by the international laws ? Why the Armenian army did not protect its own sovereign teritory ?
Raffi Hartoonian 2020-12-04 08:13:59
I’m disgusted by this innovations that is used to destroy Human life and Humanity. When this air head leader's they come to their real senses that they too were Human before getting into the power and then forget about innocent poor farmers and villagers. WAKE UP AND DO YOUR DUTIES AS PEOPLE SELECTED YOU.