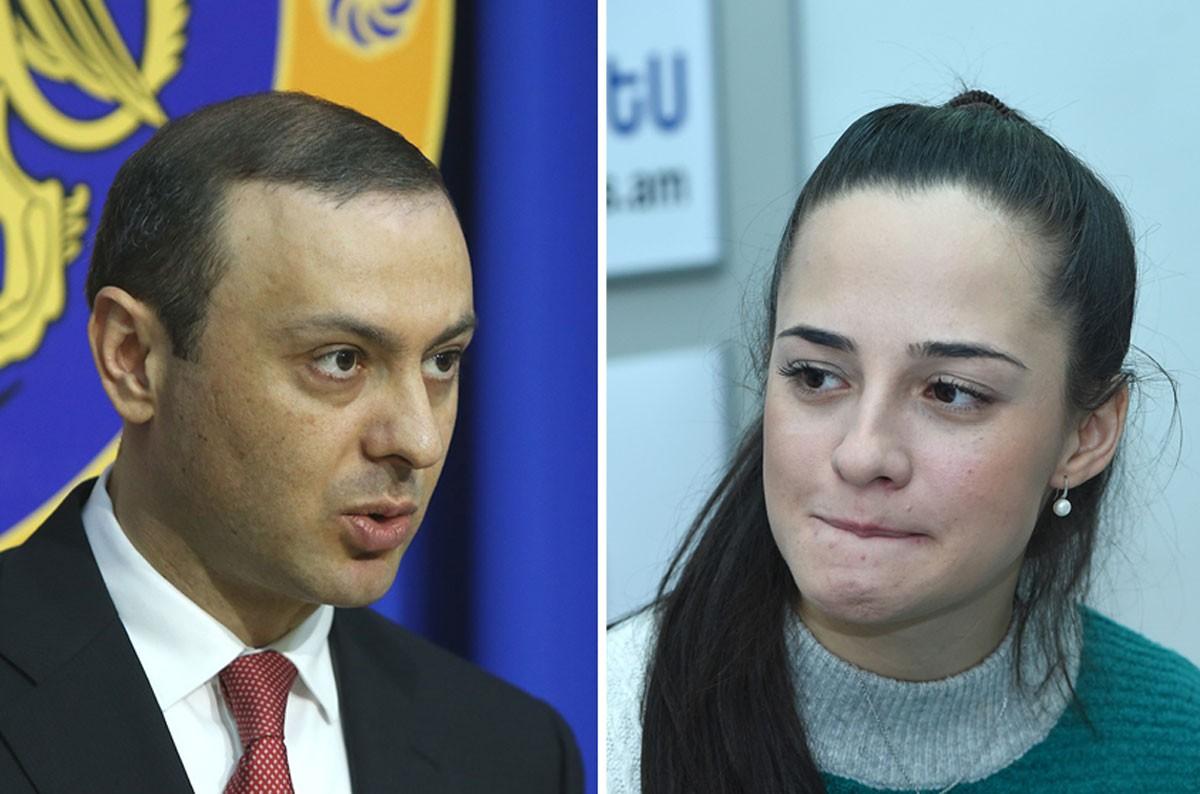 On October 6, for the first time since 2014, an Azerbaijani plane flew over Armenia.

The news has incited a wave of debate, given the thirty-year conflict the two countries have experienced over Karabakh and last year’s war.

The topic has been widely discussed in the Armenian media and on social networks, prompting the government to go into defense mode.

We wrote that it’s difficult to understand what this step of Pashinyan's government will afford Armenia. We stressed that without the consent of the upper echelons of power, Armenia’s Civil Aviation Committee (CAC) would not allow the Azerbaijani national air carrier, AZAL, to fly through Armenian airspace, even though, as the committee says, no ban was ever imposed.

One hour after the article appeared, the CAC announced: "The RA Civil Aviation Authority does not issue transit permits, since, according to procedures, no permit is required for transit flights by civil aircraft."

This is a misleading statement.

A 2003 Armenian government decision states: "Transit flights of civil aircraft through the airspace of the Republic of Armenia shall be carried out without prior permission, based only on messages exchanged with the airspace organizing unit and air traffic service bodies in accordance with the established procedure."

In other words, Armenia’s aviation authorities do not allow transit flights as such, but the air carrier (in this case, the Azeri AZAL) must communicate with Armenia’s airspace organizing unit and air traffic services prior to the flight. Only after providing such flight information will the plane be allowed to (or denied) use Armenian airspace.

Armenian Air Navigation CJSC, a unit of the CAC, is the only organization providing air navigation services in Armenia, and the unit organizing air routes is a joint military-civil body that is located together with or in the neighborhood of the regional control center (in Armenia, the only regional control center in the country operates at Yerevan’s Zvartnots Airport) and is involved in the planning, coordination and implementation of temporary airspace allocation.

Thus, regardless of whether the permission given to AZAL by the Armenian Air Navigation and airspace organizing unit is a permit, an agreement or something else, it is a fact that because of communication between the parties, the airline has received a corresponding right to use Armenia's airspace.

Thus, Armenia’s aviation authorities are twisting the facts by claiming they do not issue permits to transit flights (including AZAL) to use Armenian airspace.

Even more blaring is the following CAC’s statement:

“During all this time, flights from Zvartnots Airport to other countries and in the opposite direction have been and continue to be flown via Azerbaijani airspace.”

The CAC does not say which Armenian planes flew over Azerbaijan.

It can’t because none have. Here, the CAC refers to foreign air carriers. It’s a not so successful ruse to hide the truth.

In August, the CAC told Hetq that Armenian planes do not use Azerbaijani airspace because there is no demand for flights in that direction. This is so. Armenian planes only fly north and south to Russia, Georgia and Iran.

Given this prior confession, why is the CAC now attempting to manipulate the facts?

What the CAC said was almost identically repeated by Armenian Security Council Secretary Armen Grigoryan, in an October 6 talk with with Radio Liberty

"During all this time, Yerevan has used the territory of Azerbaijan from Yerevan's Zvartnots airport, for example, to Astana or to eastern Russia. In other words, the information was presented in part, but not in full, to gain some political dividends once again,” Grigoryan said.

Grigoryan, like the CAC, cannot say what Armenian planes are flying through Azerbaijan. And let no one say that we are not talking about Armenian planes, but about entering the skies of Azerbaijan from Armenia (or vice versa). It is about the use of each other’s airspace by Armenian and Azeri air carriers, and the discussions are about giving the Azeri carrier the opportunity to make a transit flight through Armenia.

Nobody discusses, for example, why the Kazakh SCAT airline flies from Armenia to its country via Azerbaijan (see map below), because that is not the problem. Both the CAC and Grigoryan are aware of this and reason for making such misleading statements is clear.

Let us show how Armenia’s government plane recently flew Prime Minister Pashinyan from Yerevan's Zvartnots Airport to Kyrgyzstan and Tajikistan and back, bypassing the skies of Azerbaijan. 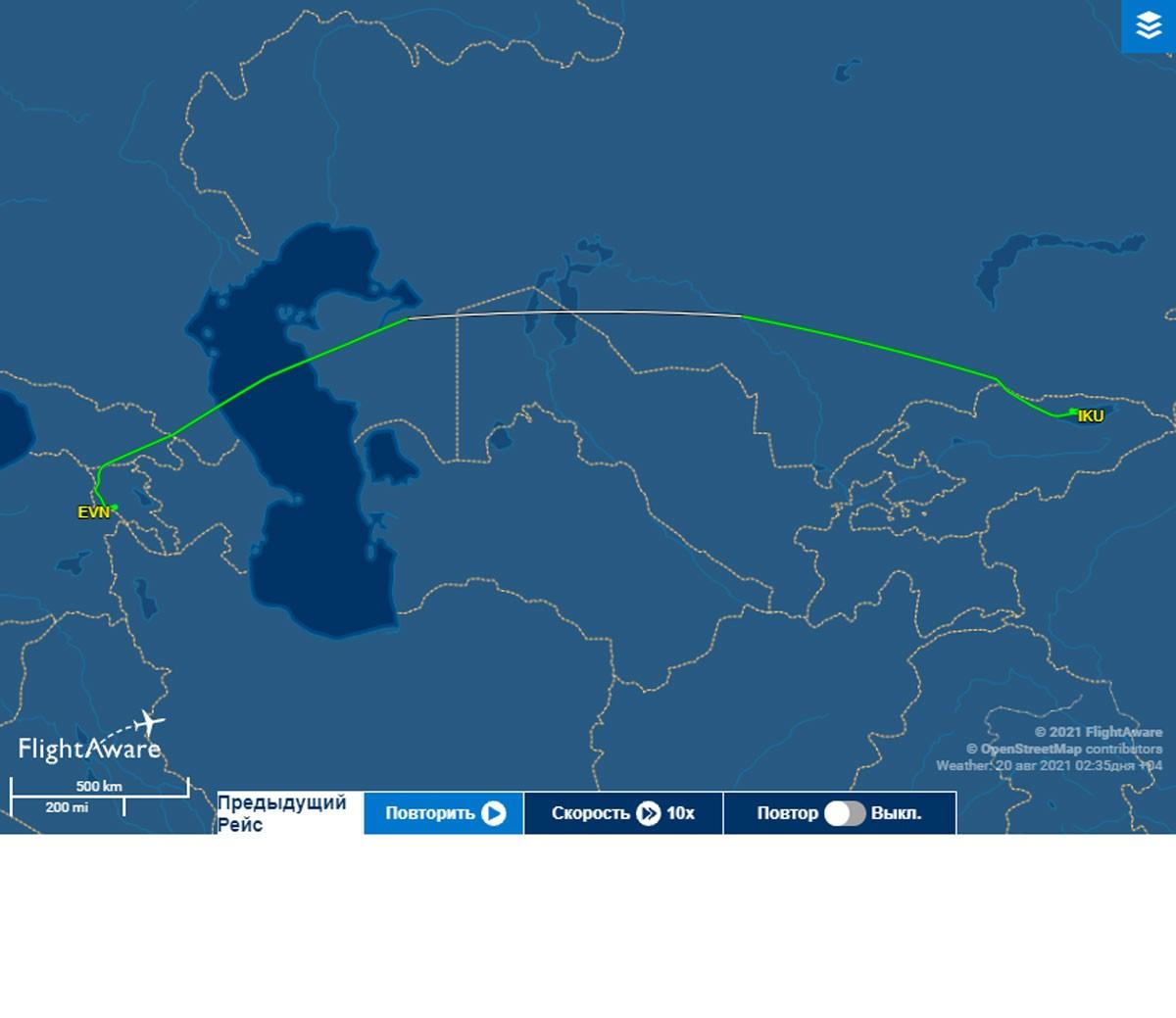 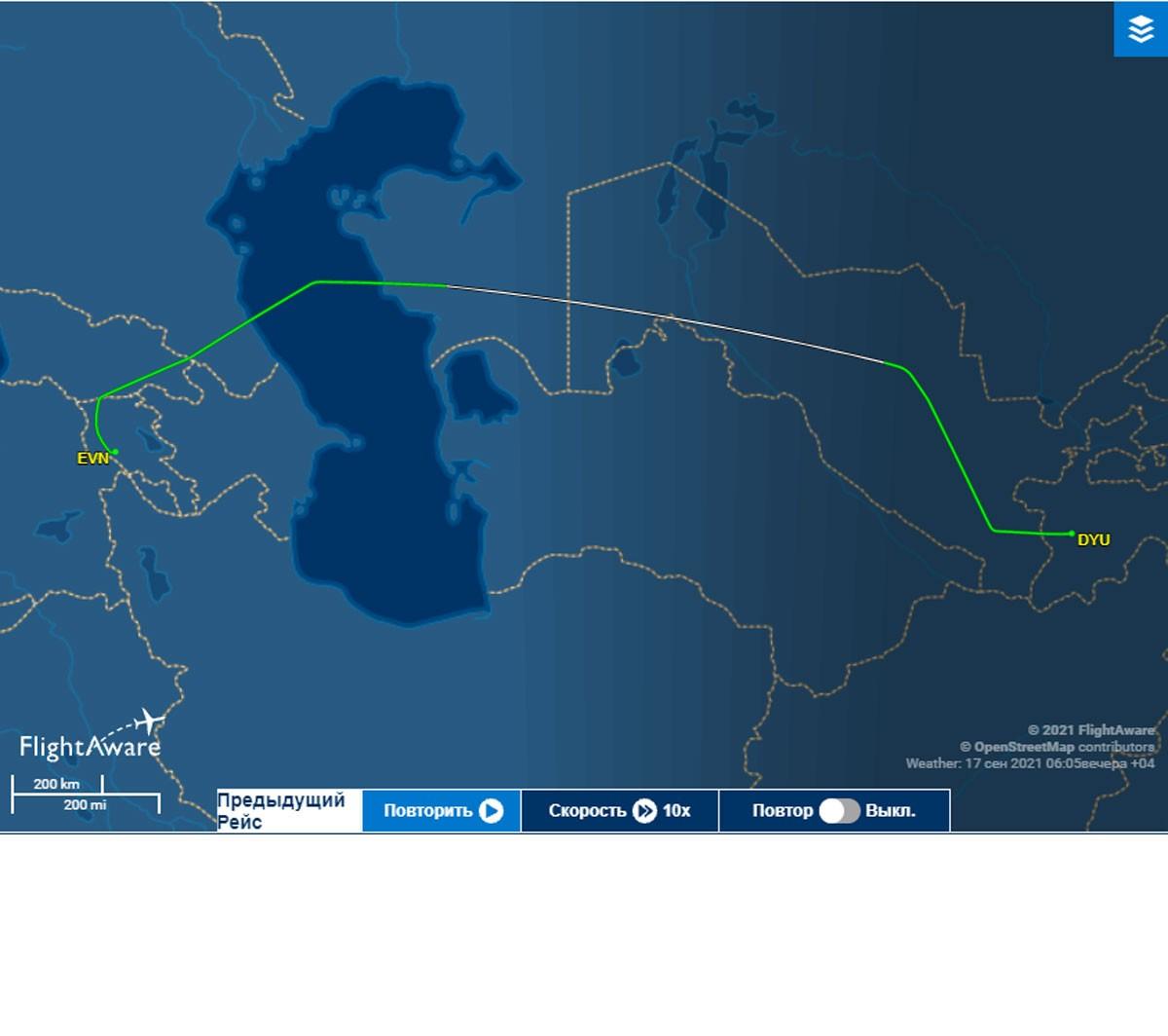 This is clear evidence that Pashinyan, a champion of “re-opening regional transportation arteries”, cannot use, for now at least, the skies of Azerbaijan.

The CAC and Grigoryan should come clean and say why the government plane bypassed Azerbaijani airspace.

Did Baku refuse the Armenia’s request for a transit flight? Or did Yerevan not even contact Baku aviation authorities, simply preferring the long but safe route?