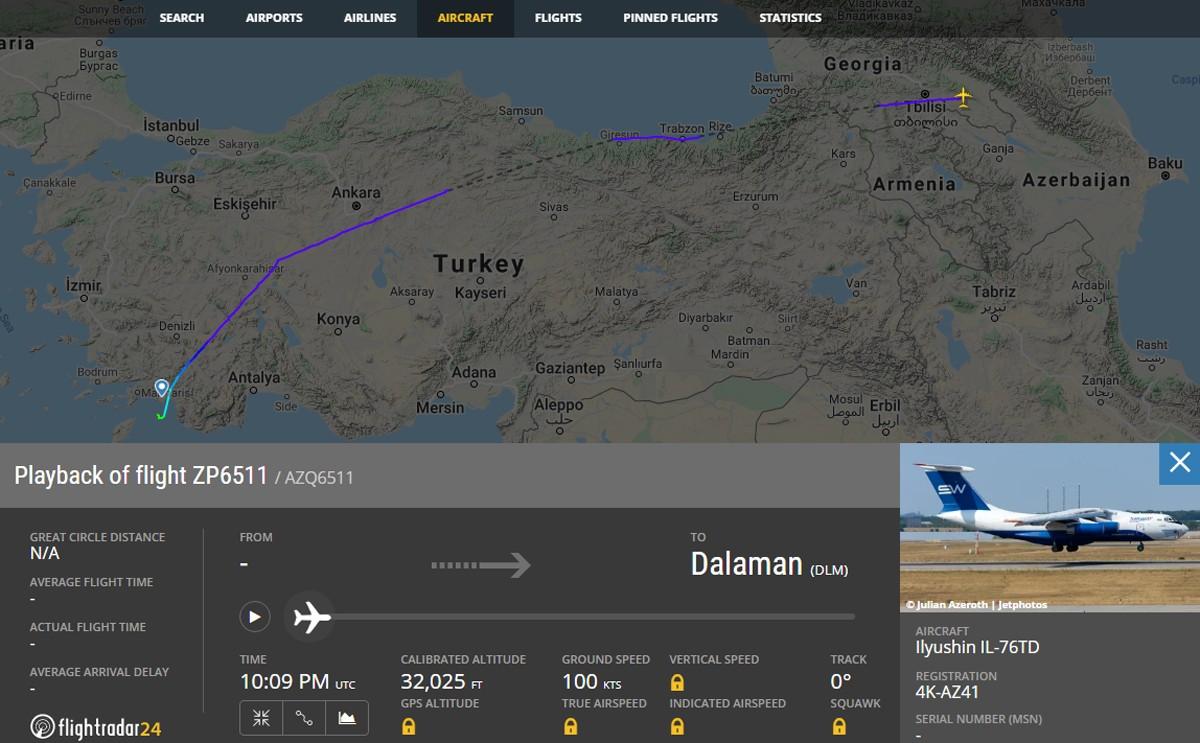 Azerbaijani planes continue to fly to Turkey via Georgian airspace despite yesterday’s announcement by the Georgian government that it would ban the transfer of military cargo through its airspace to the Armenian-Azerbaijani conflict zone.

The Georgian government announced the ban after yesterday's meeting of the Georgian Security Council.

Naturally, these planes, which have been "plowing" the Georgian skies east-west in recent days, do not carry ordinary cargo from Turkey, which has unconditionally supported Azerbaijan in the ongoing conflict. Georgian authorities are unlikely to be so naive as to fail to understand this.

One of them, a 4K-AZ40 aircraft, today flew from Azerbaijan to Turkish town of Dalaman on the Mediterranean coast (see below), from where it is currently returning. 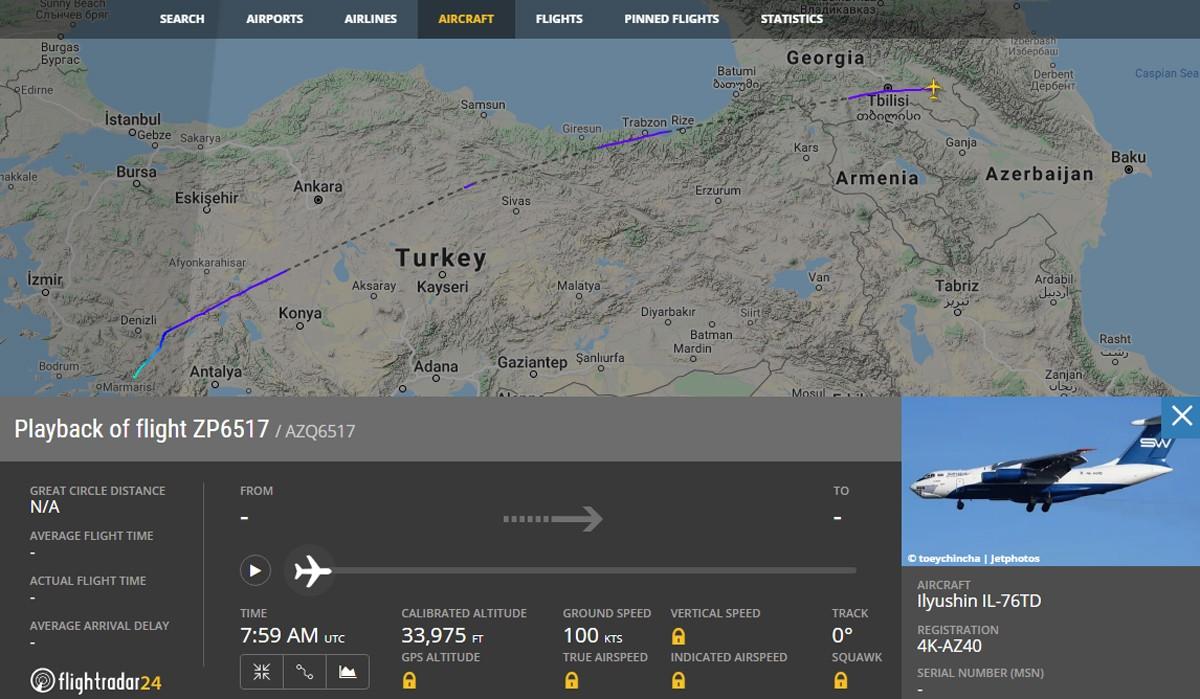 Another Il-76 (registration 4K-AZ41, has already flown to Dalaman and returned. It flew the same route yesterday as well. The 4K-AZ41 also landed in Istanbul today (see below). 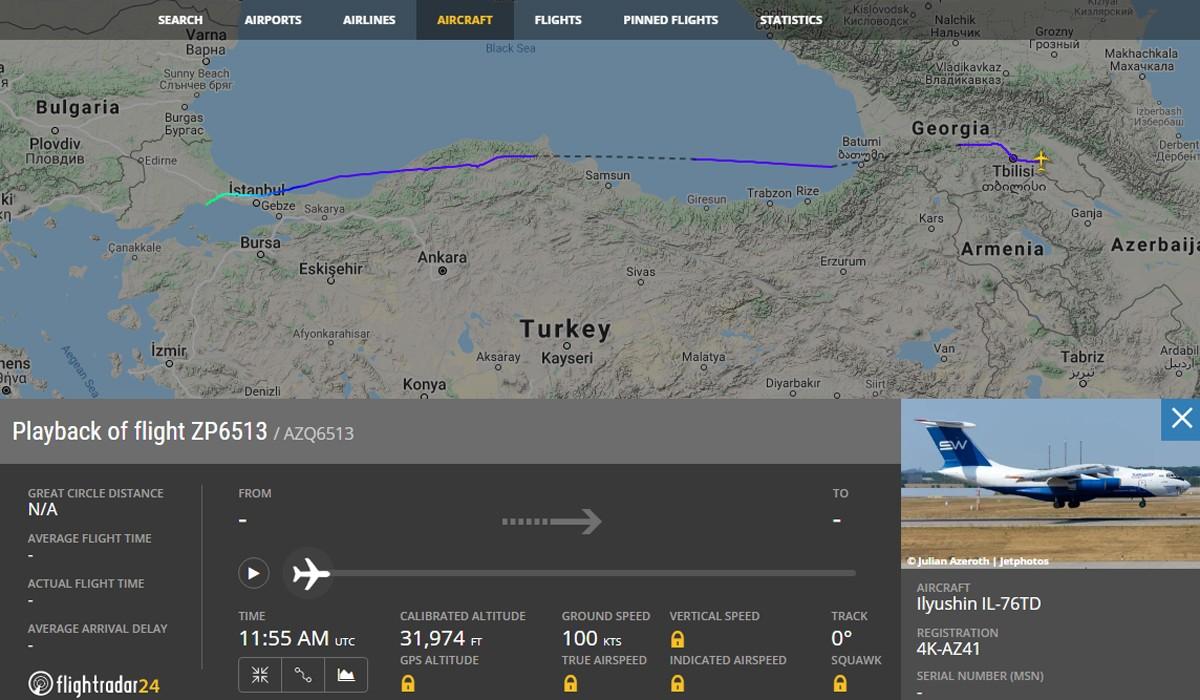 The Georgian government has labelled reports that Syrian mercenaries have been flown to Azerbaijan via Georgian airspace as disinformation. The facts say otherwise.

As we wrote earlier, on the night of September 30, a Libyan Buraq Air Boeing 737 passenger plane flew to Baku from the Libyan capital Tripoli, whose authorities enjoy the support of Turkey in the inter-Libyan conflict. It passed through the skies of Turkey and Georgia. The evidence is available.

In this context, we must make another interesting note. This time it is about Afghanistan, which has also announced its support for Azerbaijan. It would be surprising if we did not see an Azerbaijani plane in Afghanistan.

Silk Way West Airlines Boeing 747 (4K-SW008), a sister company of Silk Way Airlines, flew from Baku to Dubai and then left for Bagram Air Base not far from the Afghan capital Kabul tonight, from where it returned to Baku via Dubai (see below). Bagram Air Base is used by US troops in Afghanistan. 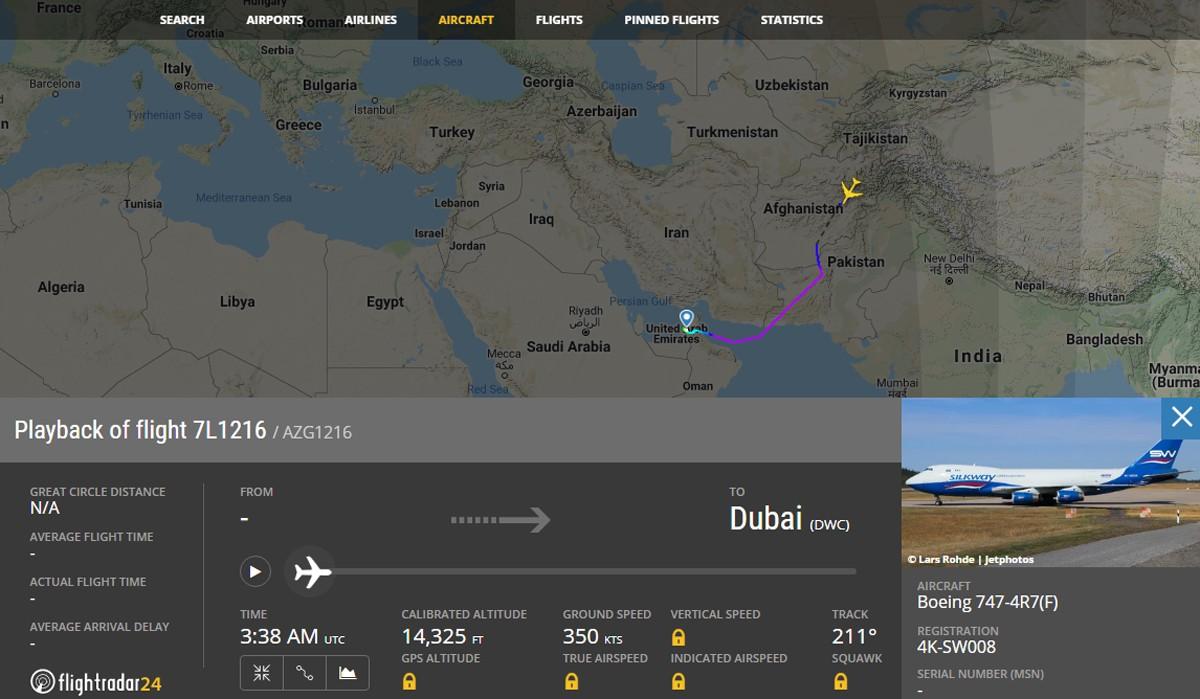 It remains to be seen what the Azeribaijani plane transported from Afghanistan - weapons, mercenaries, or both. Note that in this case it flew from Baku to Dubai and returned via Iran.

As we have already written, some of the Silk Way West Airlines’ Boeing 747 cargo planes are registered in Bermuda. One of them, the VP-BCV registered plane, flew from Baku to Vienna yesterday, October 4, and then returned to Baku, making a stop in Istanbul along the way.

All the flights were made through the airspace of Georgia.