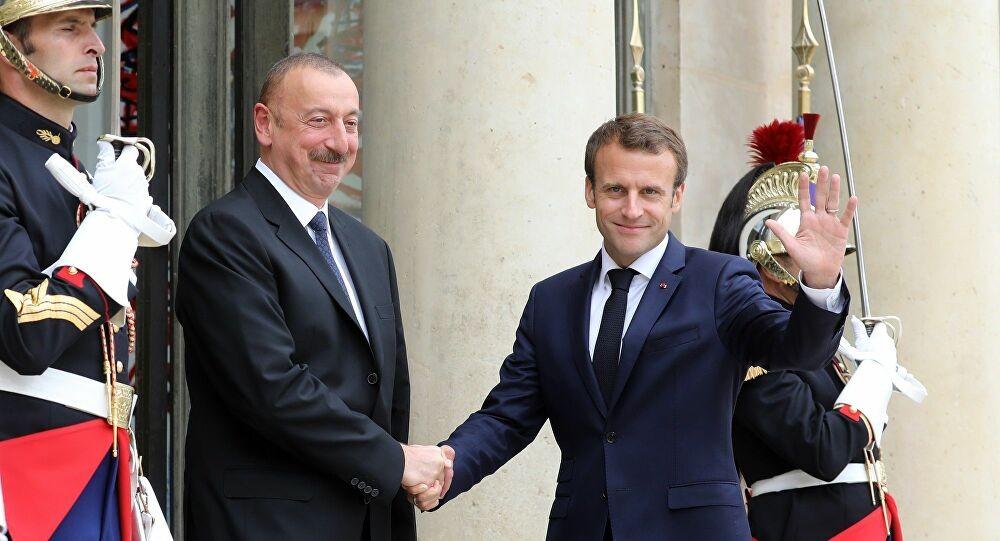 After Canada formally revoked its military permits for Turkey, which specifically referred to the Canadian Bayraktar TB2 drone systems used in the recent Artsakh war, Hetq wrote that it would soon present those foreign technologies used on the Turkish drones.

The emphasis on this Turkish drone was not accidental, as it played a decisive role in Azerbaijan’s military. Hetq will soon write about other weapons (Russian, Israeli, European, etc.) purchased and used by the Azerbaijanis.

In this article we’ll talk about the French additions to the Bayraktar TB2. First, we will look at the satellite used by Azerbaijan in last year’s war.

Airbus Defense and Space is the defense and aerospace division of the European giant Airbus. France has a 10.9% stake in Airbus. 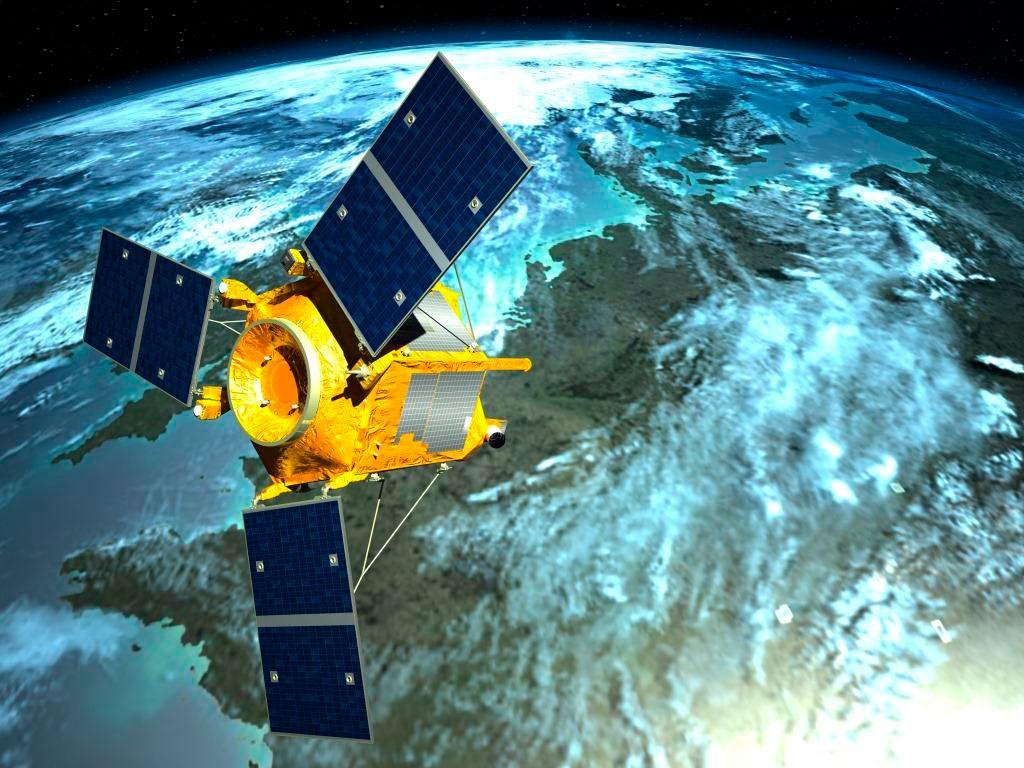 The Azersky satellite provides good quality images. Based on the agreement with Airbus Defense and Space, the Azerbaijanis can get higher quality images from Pléiades 1A and Pléiades 1B satellites that operate in the same orbit with Azersky. The service life of Azersky is about twelve years, approximately until 2026.

In May 2015, it was reported that Airbus Defense and Space experts met with local experts at the main satellite ground control station in Azerbaijan. The purpose of the seminar, according to Azerbaijan’s Ministry of Transport, Communications and High Technologies, was to demonstrate the capabilities of Azersky, to discuss the areas of application at that time, and the possibility of using them in possible new areas. The seminar was attended by representatives of the Ministries of National Security, Emergency Situations, Interior and Defense, as well as the State Border Guard Service.

During the last Artsakh war, on October 15, the well-known French magazine L'Obs (formerly Le Nouvel Observateur) referred to the supplies supplied by France to Azerbaijan. The newspaper noted that although France views Armenia as a friendly country, this does not prevent it from concluding major deals with Azerbaijan.

L'Obs wrote that although the Azersky satellite was to exclusively monitor oil and gas fields in the Baku area, it’s actually used in the defense and security sectors. The newspaper noted that this civilian satellite allows Baku to remotely direct operations against Armenians. 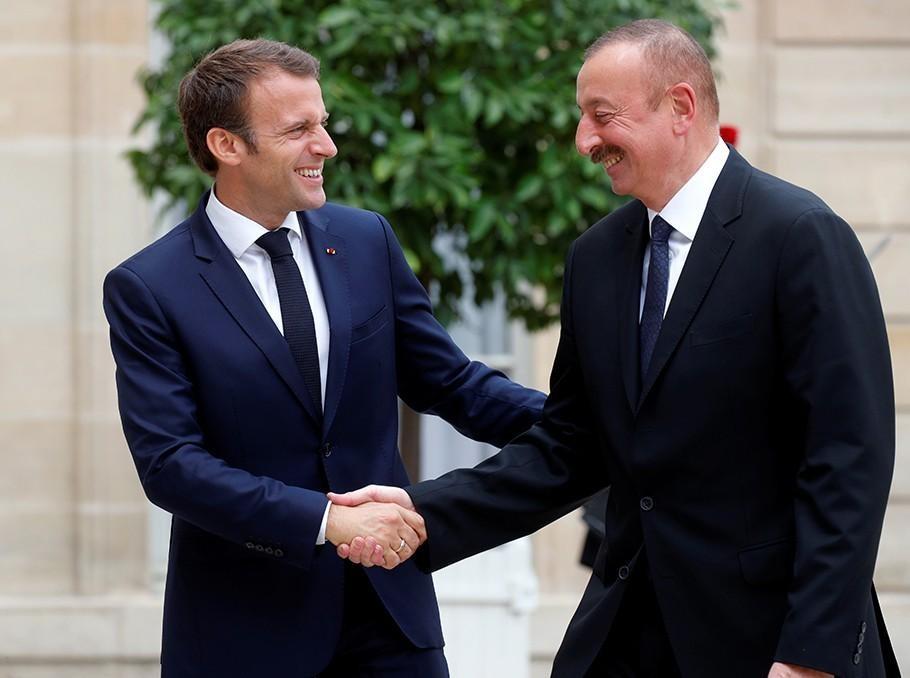 This was confirmed by Ilham Aliyev in January 2021 after the war.

“When we launched the satellites into orbit (Azerbaijan has three satellites, two of which, Azerspace-1 and Azerspace-2, operate in the telecommunications sector - Hetq), some asked why this was being done. But life showed that we needed it very much. The use of satellites both during and after the war gave us a huge advantage ... Online monitoring of the enemy during the war and prevention of its provocations, of course, gave us an additional advantage," said Aliyev.

He added that the satellites are also of great importance in the implementation of their post-war plans, which are related to rehabilitation works, especially demining. According to Aliyev, the data received from the satellite are also of special importance for the further development of agriculture, forestry, water resources and the environment.

BERINGER and ASB: French technology on the Bayraktar TB2 drone

By examining the fragments of the Bayraktar TB2 damaged by the Artsakh Defense Army on October 19, 2020, Hetq revealed that many of the parts were produced by NATO member countries.

The French supplied two types of parts for the Turkish drones that played an important role for Azerbaijan in the Artsakh war.

BERINGER AERO is known for producing aircraft wheels and brakes. As we can see from the example of the Turkish drone hit in Artsakh, the French company delivered containers of brake system fluid for Bayraktar TB2. 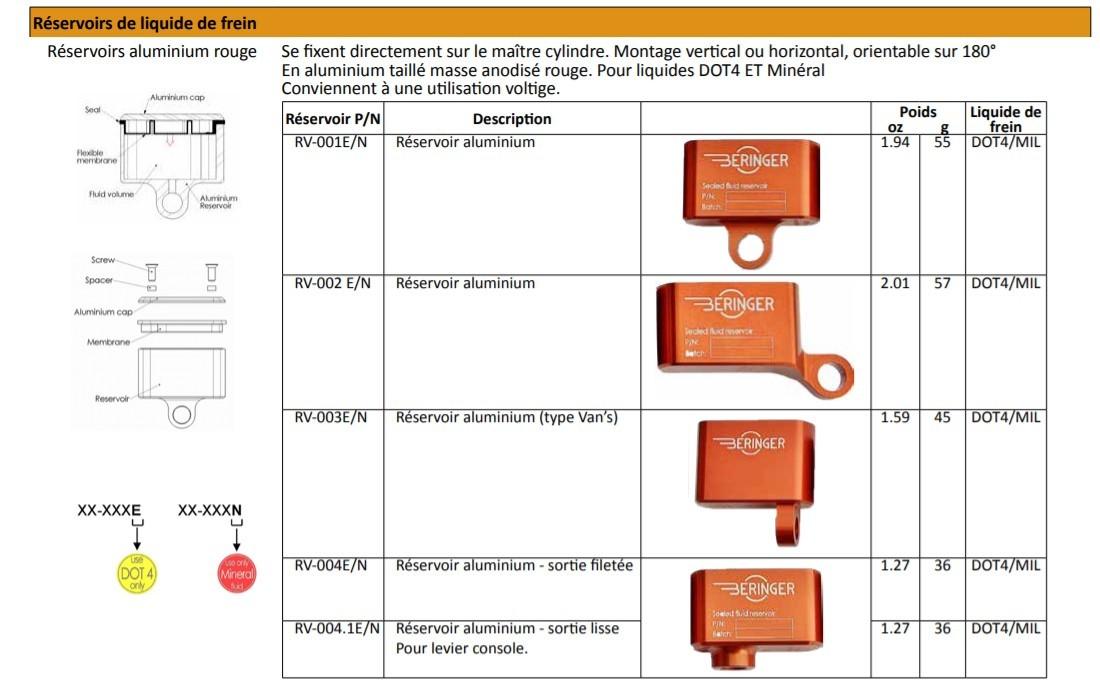 However, on November 6, 2020, while hostilities were still under way, BERINGER AERO announced that it was suspending all supplies to Turkish UAV manufacturers after learning that its products (it was not specified what) were installed on combat UAVs and used against Armenian forces in Nagorno-Karabakh (see below). The company stated that it adheres to its ethical policy and has never allowed its products to be used on vehicles that could be life threatening.

BERINGER AERO stressed that its products designed and sold in France are intended for general aviation and civil purposes. According to the company, these products are sold in different ways around the world and are part of the standard equipment of vehicles, including UAVs. Therefore, BERINGER AERO products are not listed in the EU dual-use control list. (Dual-use items are goods, software and technology that can be used for both civilian and military applications.)

ASB, a subsidiary of the French ASB Group, supplies parts on the bombs fired by the Bayraktar TB2. One of the company’s main products are thermal batteries for military hardware - missiles, ordnance and nuclear weapons.

The Bayraktar TB2 drone, manufactured by Baykar Defense, are outfitted with presision-guided munitions MAM-L and MAM-S made by Roketsan, another Turkish company. The bombs carry ASB thermal batteries.

Since ASB Group, unlike BERINGER AERO, did not make any statement on the issue, Hetq tried to contact the French company for comment on how its products wound up being used in the Artsakh war against non-military targets. 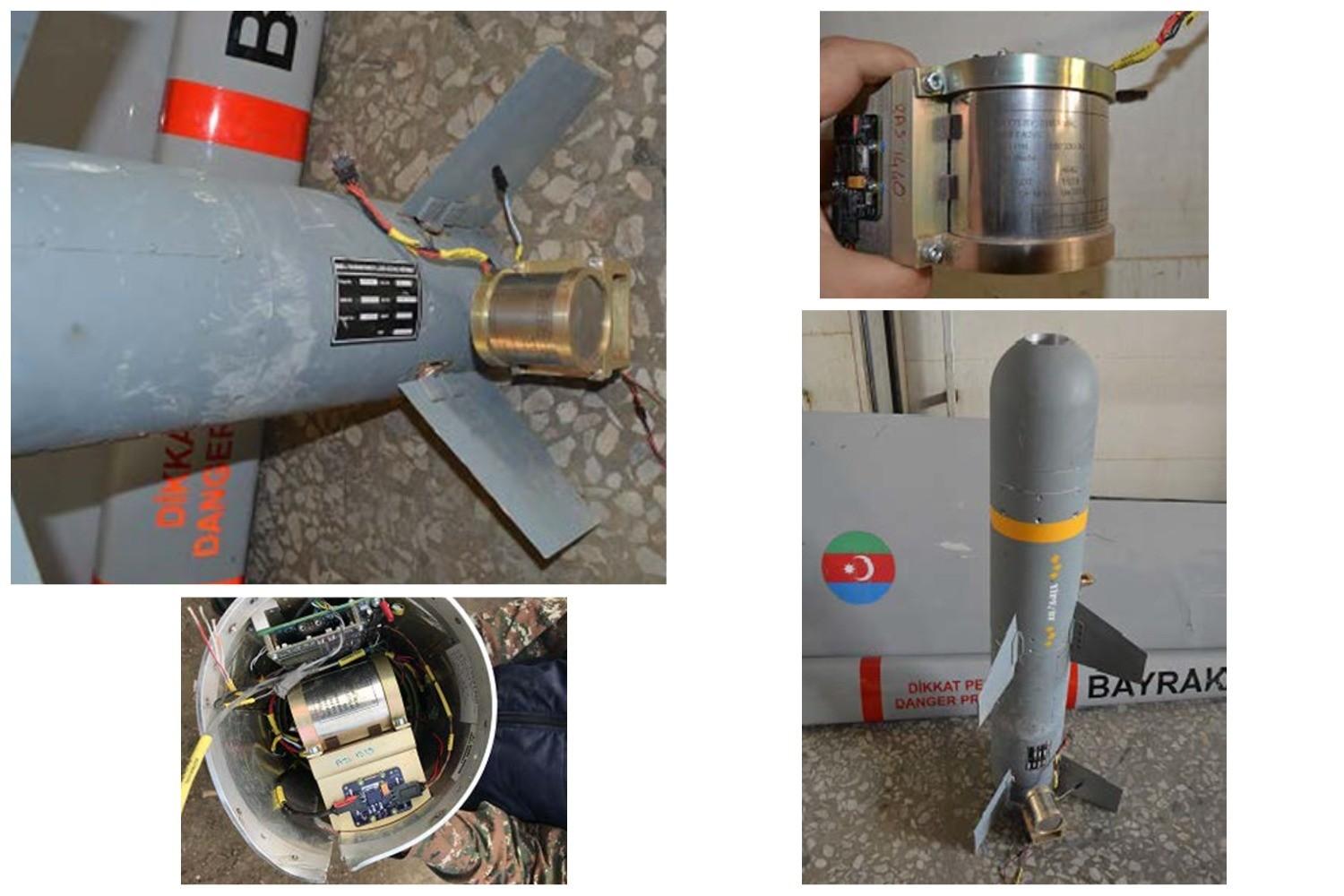 Our reporter sent the manufacturer a picture of the battery removed from the MAM-L precision-guided munition found on a Turkish drone hit in Artsakh, and its characteristics: serial number, release date (April 2019), etc.

ASB Group has failed to respond to our many written inquiries. When we finally contacted the company by phone, a representative said that they could not discuss their clients (the Turks), and noted that it was necessary to apply to the French government.

French ministry, embassy have nothing to say

A Hetq reporter sent similar letters to the spokesperson for the French Ministry of Europe and Foreign Affairs and her deputies, asking them to comment on the presence of ASB Group batteries in Turkish weapons used by Azerbaijan. The press officers of the ministry did not respond. We sent a letter to the French Embassy in Yerevan, trying to get a comment or an interview from Ambassador Jonathan Lacôte. The embassy replied, in writing and orally, that it was not authorized to comment on the matter and referred us to the same Press Service of the Ministry of Europe and Foreign Affairs, which has failed to respond to our inquiries.

French President Emanuel Macron dispatched Secretary of State for Europe and Foreign Affairs Jean-Baptiste Lemoyne to Yerevan to take part in the April 24 Genocide memorial events. Hetq reporter asked the senior French official to clarify his position on France selling military technology, used during the 44-day war in Artsakh, to Azerbaijan and Turkey. Here, we were referring to the Azersky satellite and parts of the Turkish drone.

"I do not recall such a case. Since I am not the Minister of Defense, it is difficult for me to answer your question. I can note the tremendous diplomatic efforts made by France to establish a ceasefire," said Lemoyne. 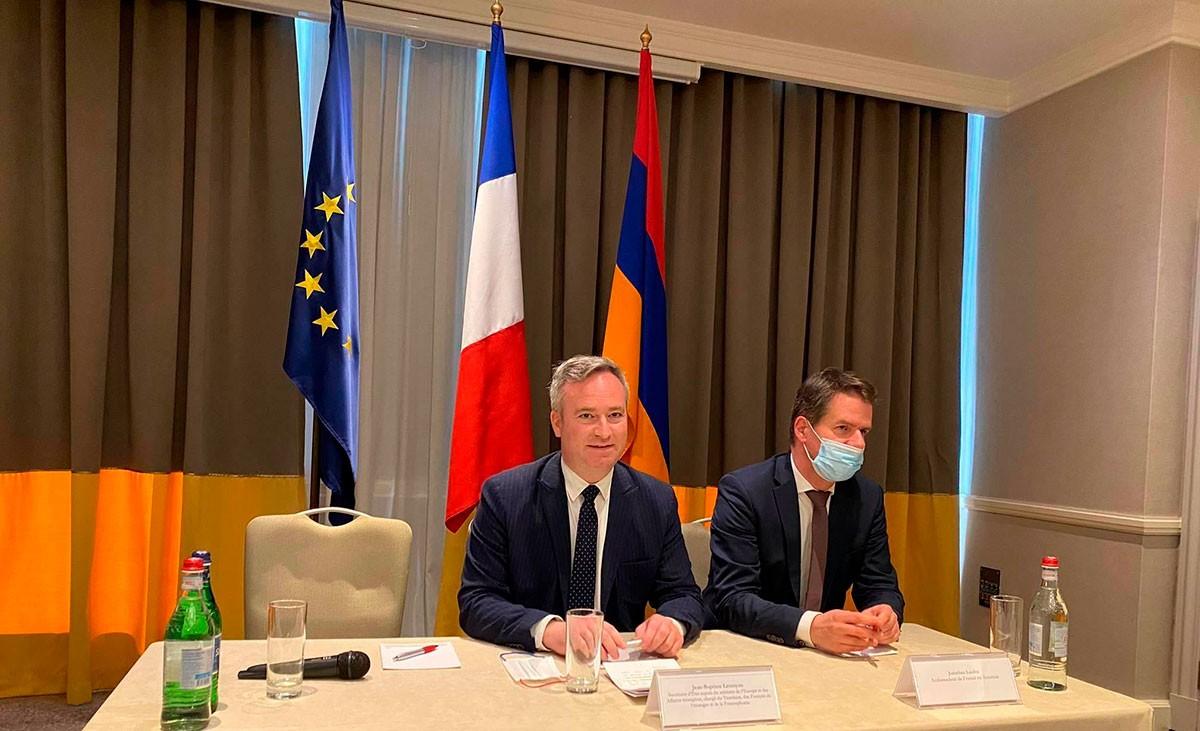 What the French official said is insincere at best and puzzling. The high-ranking diplomat of the Minsk Group co-chairing country should be aware of the military cooperation between his country and one of the Karabakh conflicting parties, especially since that conflict recently turned into a large-scale war.

When President Macron announced, during the war on October 2, 2020, about Syrian extremists being sent to Azerbaijan by Turkey, he was relying on intelligence. Are we to believe that Secretary of State Lemoyne is unaware of the facts regarding the decades-old French-Turkish or French-Azerbaijani military cooperation?

This situation was most accurately described last October by the L'Obs magazine, which referred to the military partnership between France and Azerbaijan. "France is literally ‘divided’ between its large Armenian Diaspora (as well as the general pro-Armenian attitude) and the serious portfolio of Azerbaijani petrodollars."

Who stopped the supplies for the Turkish drone?

We have already written that last fall, during the war, supplies to Turkey were suspended by the Austrian company BRP-Rotax, which manufactured engines used on the Bayraktar TB2 drones (see below). It’s a subsidiary of the Canadian Bombardier Recreational Products (BRP) and stopped cooperating with the Turkish side on the orders of the parent company. 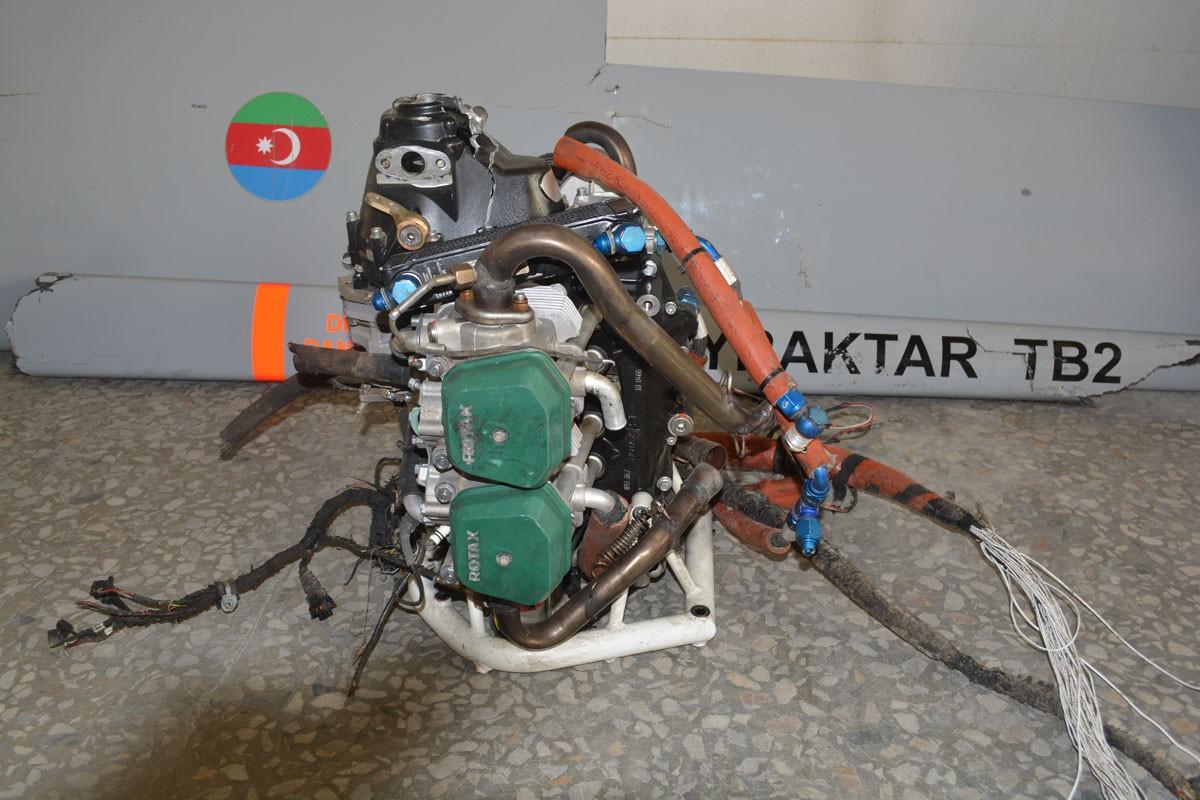 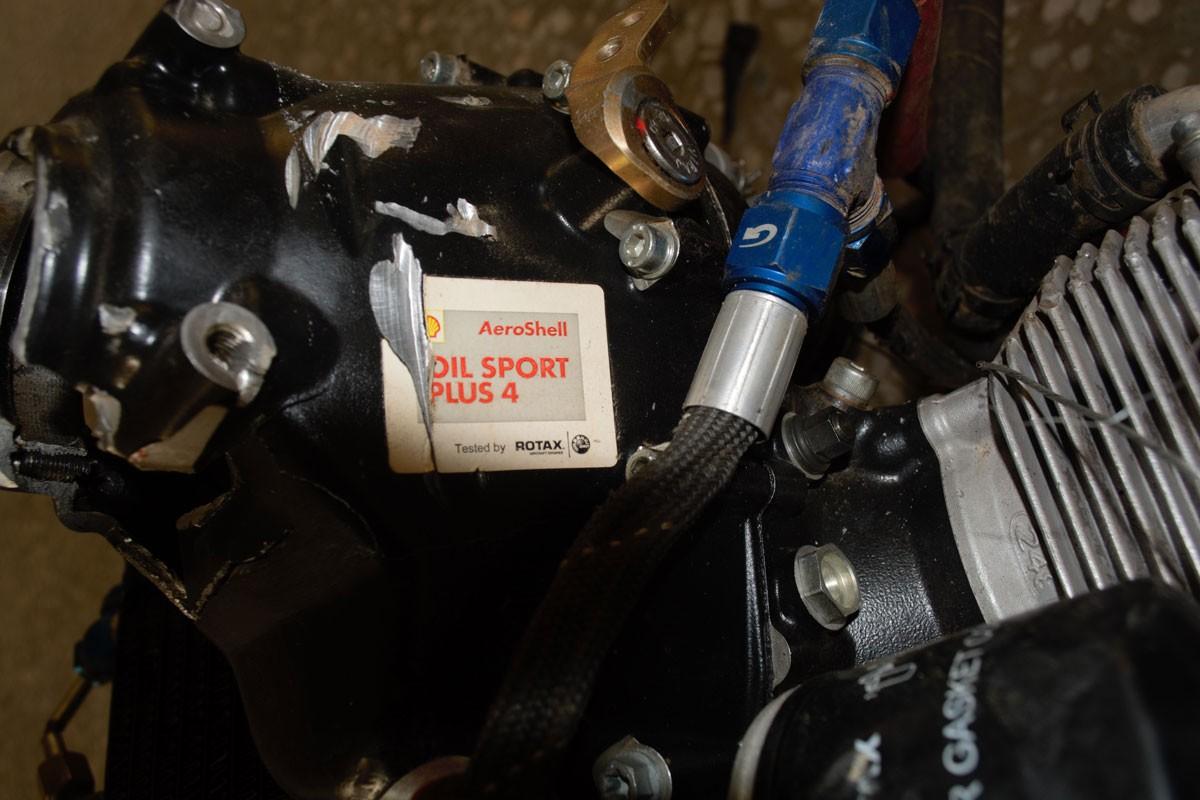 It should be noted that BRP-Rotax engines were produced for light and ultralight aircraft for non-military purposes, and their sale was carried out by international intermediaries. In this case, Italy supplied Turkey. 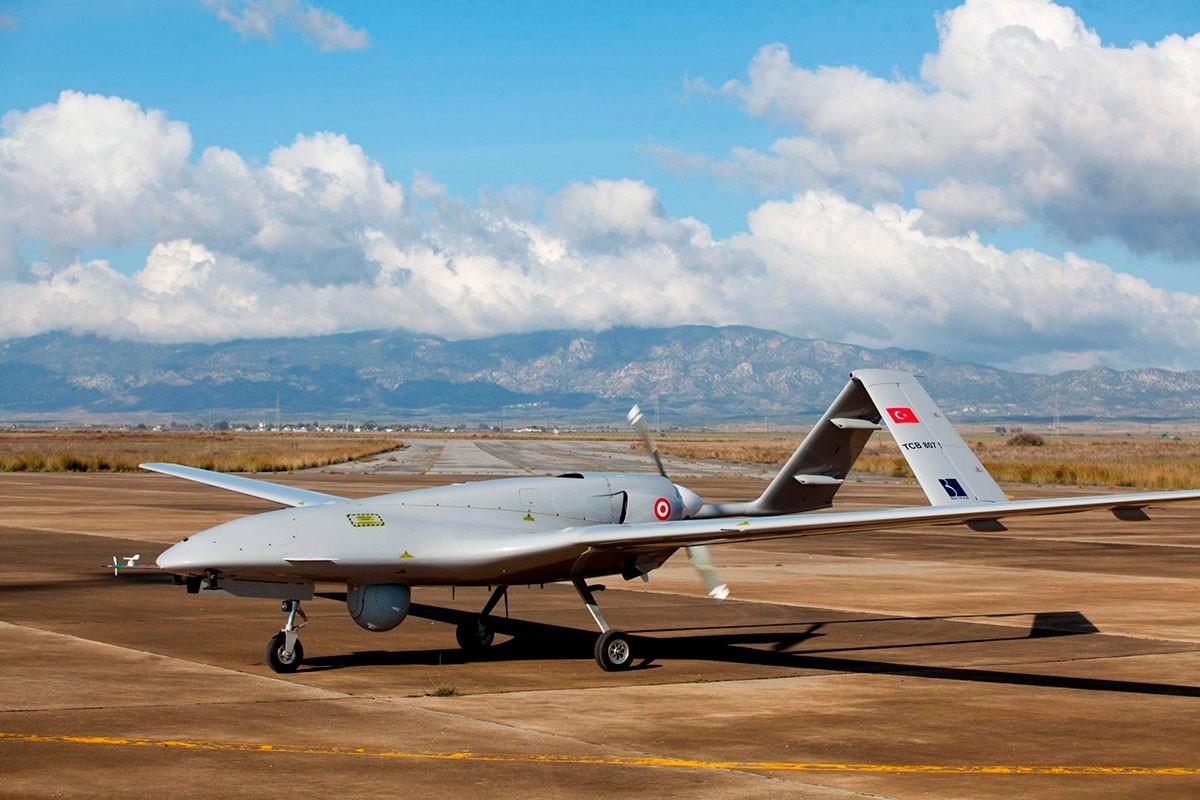 In January, the British company Andair, announced that once it received and verified information from the Armenian Embassy in the United Kingdom, it stopped delivering and fulfilling all orders received from Baykar, the manufacturer of the Bayraktar TB2 drone. Andair was supplying fuel pumps to the Turkish side (see below), but said it was unaware that they were being used on combat drones. 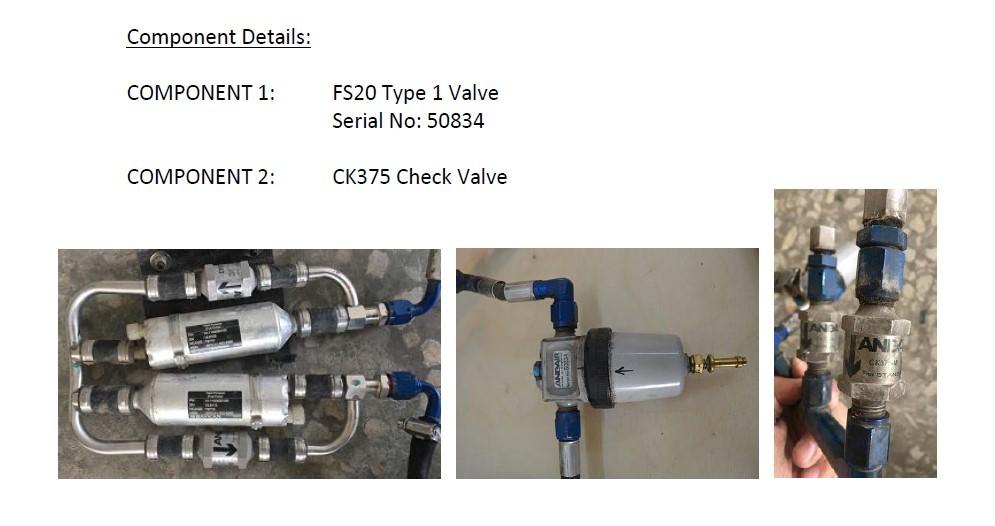 Canada has officially suspended military supplies to dictatorial Turkey, which sows aggression in several regions and has territorial ambitions on others. This country's L3Harris WESCAM company supplied surveillance and targeting systems for the Bayraktar TB2 (see below). 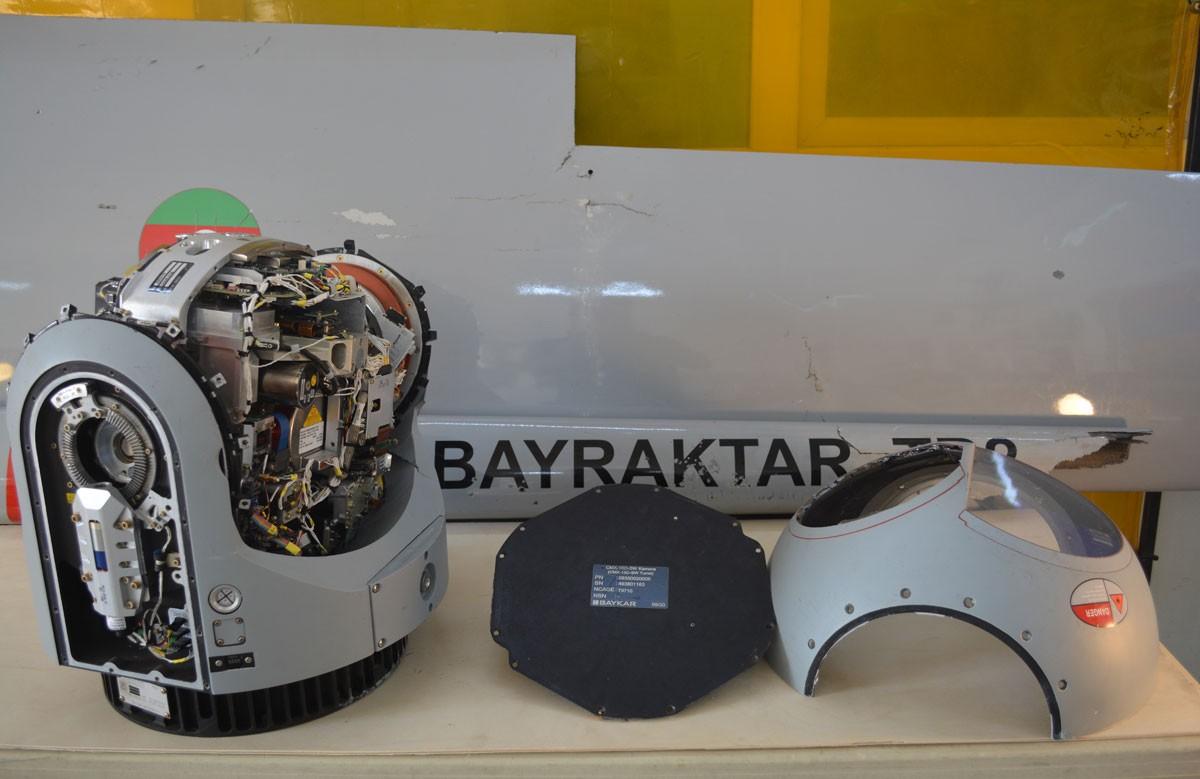 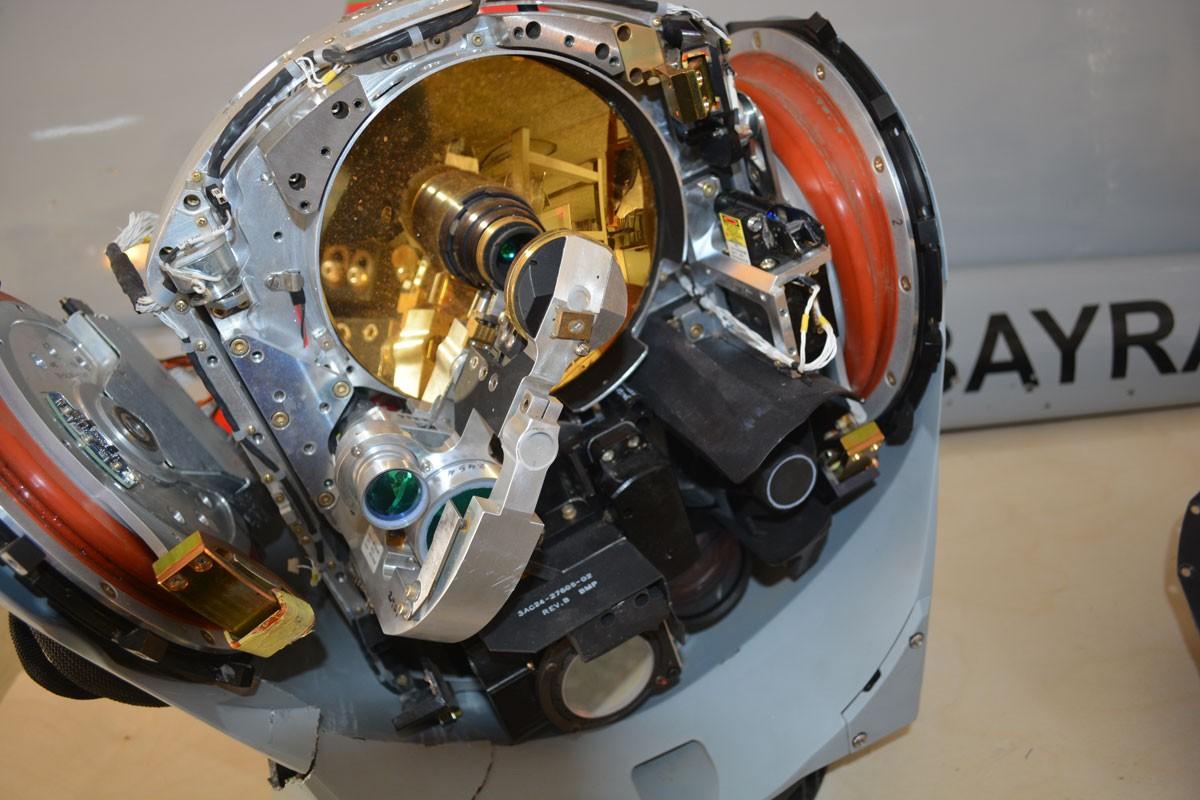 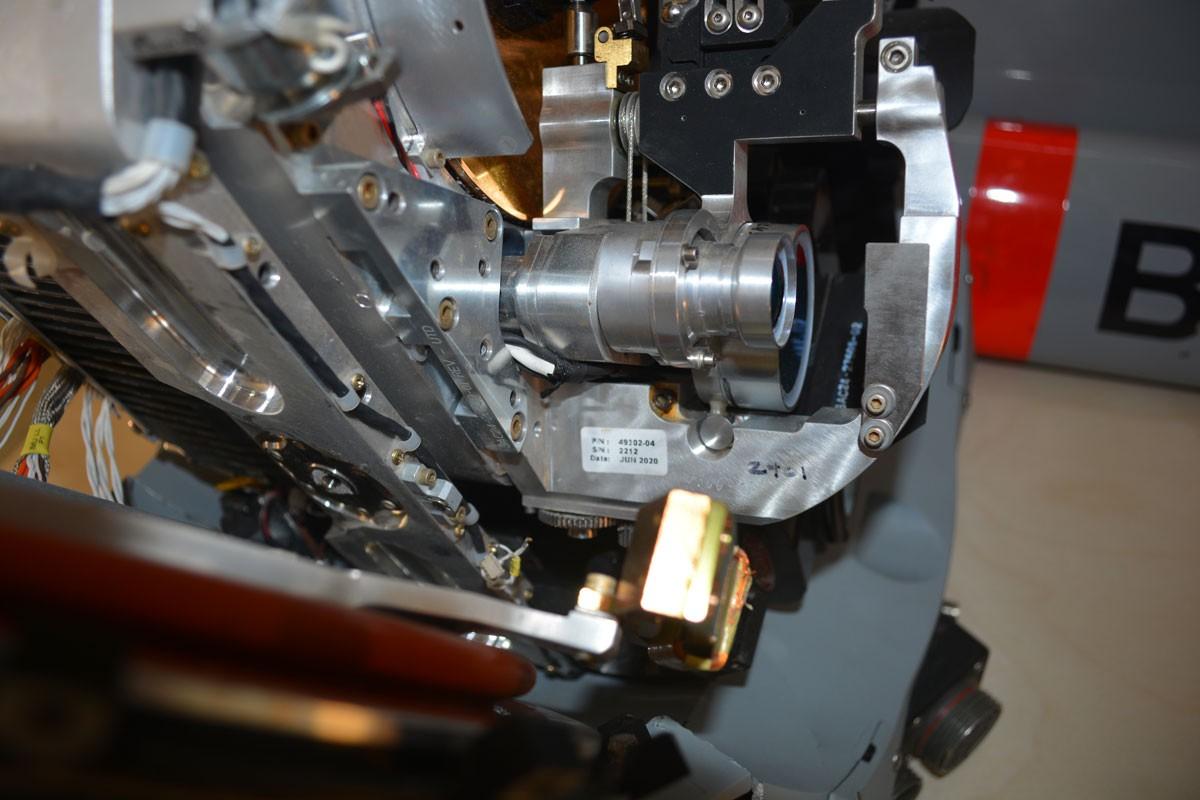 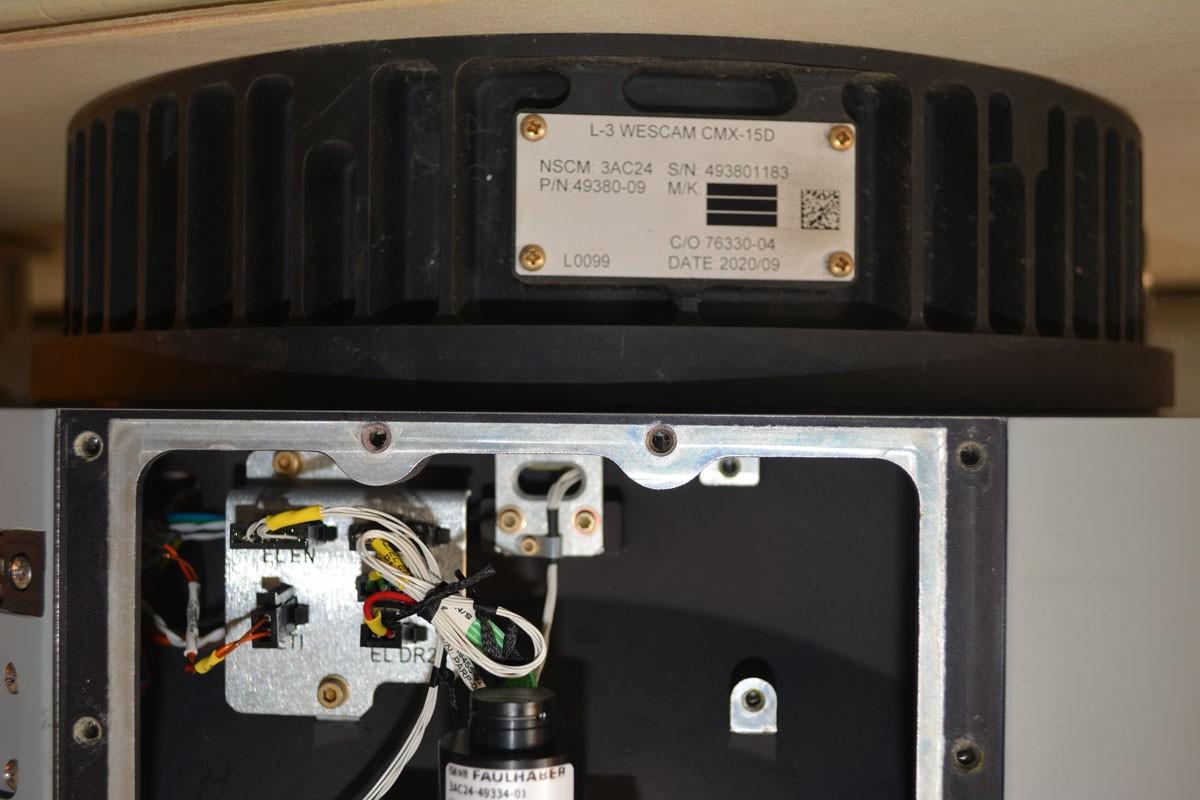 In addition, the Turkish drone also employs the antenna radio transmitter and amplifier of the Canadian Microhard Systems Inc. 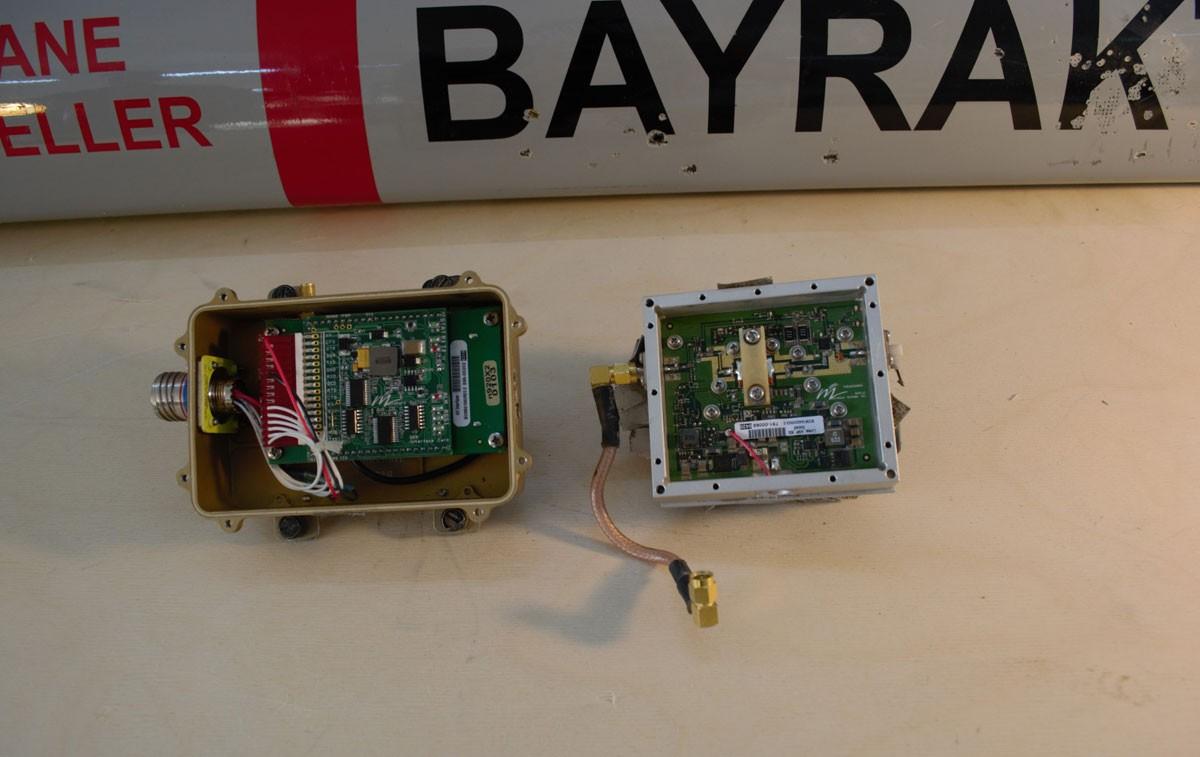 It is not clear whether Canada has halted the export of these items to Turkey since they can also be used for civilian needs.

Several American companies have made separate announcements about their supplies, but we will look at them in another article.

(Astghik Agopian and Liana Sayadyan assisted in the preparation of this article.)